Masterful, imposing and storied, Dover Castle is one of the most important fortresses in Britain.

Described as the “Key to England” due to its defensive significance and position guarding the narrowest section of the English Channel. Take a private guided tour of Dover Castle to discover the secrets of this mighty military bastion.

Its history takes us back 2000 years to the Roman lighthouse that still stands within the castle grounds. But it is the medieval story that really comes to life in this fortress: King Henry II and his court stayed here and your guide will reveal the history of medieval royal palace life: from prince to pauper, king to kitchen boy, you will come face to face with characters from castle life 800 years ago.

Your private tour guide will lead you underground to explore the darkly atmospheric 200-year old tunnels carved deep into the iconic white cliffs of Dover during times of war and fear of invasion, with vivid recreations of the infamous 1940 Dunkirk evacuation, complete with dramatic projections of swooping Spitfires, and wartime use as a command centre, shelter and military hospital.

This tour can be combined with a guided tour of Canterbury. 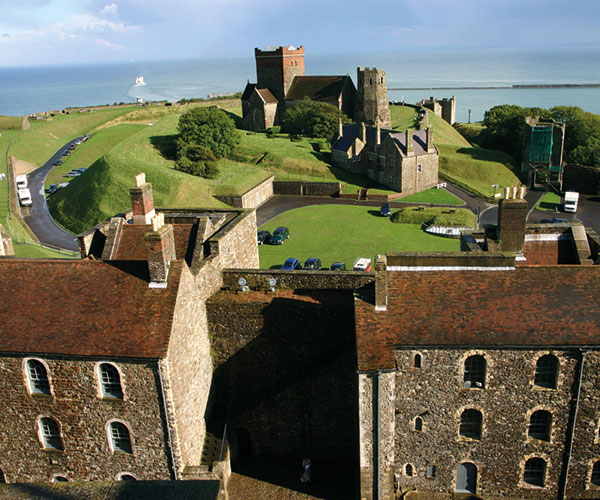