What a great way to see the sights. Book a Blue Badge Guide to take you and/or your group on a cycling tour. Here are some examples of itineraries. 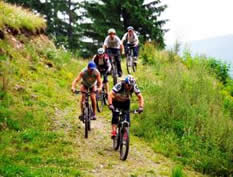 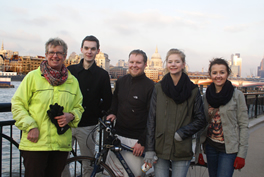 Cycle into the East of London to discover a world of historic docks and uber-modern buildings. Starting on the Thames South Bank, we head east along the River Thames path. We pass through Wapping with its ancient riverside wharfs, see the home of the oldest uniformed police in the world and the pirate execution site. We head on through the docklands via Limehouse with its riverside pubs (one is owned by “Gandalf“) then see the gleaming towers of Canary Wharf and the new financial district. We then cross the river at the Greenwich foot tunnel and visit the fabulous Royal Hospital before heading up the hill for a the best view across London from the Royal Observatory. Returning to London along the south side of the river we pass urban farms, Brunel’s historic tunnel and pumping station and arrive back in central London. (12 miles/16 kilometres) Around 6 hours. Maximum group size 20. Price with cycle hire: £30 (minimum group 15) Guide only (bring your own bikes) £260

Join your local Blue Badge Guide for a cycling tour of this fascinating part of London. Discover how the 2012 sports events transformed the industrial East End. View the fantastic new sports arenas which will be seen by over 2 billion people Hear about the creation of the largest new park in Britain for over 100 years Get to know the industrial history of the area: from the Temple of Sewage to the Gin factories Visit the beautiful 18th century Tidal Mill. Travel along the Greenway – the M1 of cycle paths. Find out about London’s hidden TV and Film studio the Big Brother and Big Breakfast House. Around 3 hours. Maximum group size 18. Maximum Group of 20. Price with cycle hire: £20 (minimum group 15). Guide only (bring your own bikes) £150

This gentle guided cycle winds its way through the magnificent Windsor Great Park taking in the stunning Savill Building, the Polo Fields, wonderful views of Windsor Castle along Queen Anne’s Ride and the Long Walk and much more. Hear stories along the way of Kings and Queens, Princes and Princesses, hunting and husbandry and even Marilyn Monroe.

Terrain: Although most of the route is on roads, they are private/quiet roads with little traffic and so very pleasant. Most routes include some moderate hills. 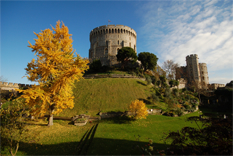 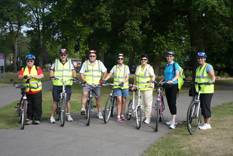 An 8 mile, easy ride along the river from Richmond to Hampton Court we take the green highway that links these two suburbs of London. And what suburbs! From Richmond with its imposing waterfront and huge villas to Hampton Court perhaps the most beautiful of England’s royal palaces. 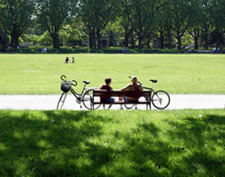 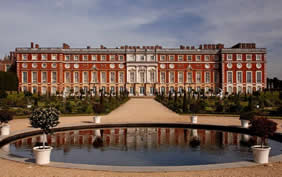 On the way we pass Ham House (visit possible/entry charge), Marble Hill House a perfect house for a perfect royal mistress and then haunts of rock stars. At low tide, we can mudlark on the banks of the river, watch boats in the lock (first or last on the Thames) at Teddington and admire the flora and fauna of Greater London. Optional visit to Hampton Court with your bike parked outside (entrance ticket not included).

The terrain is mixed so sensible footwear advised. The route is nearly all off road with two small sections on cycle paths.