Are you bringing a group to London? Do you know what you want to see? Blue Badge Guides can help with suggestions and itineraries. Here are some examples.

This tour could begin with a panoramic drive around Parliament Square to see the magnificent Westminster Abbey, where Prince William and Kate Middleton were married. Take in Kensington Palace, former home of Diana, Princess of Wales and see the Royal Albert Hall and Albert Memorial, then head to St James’ Park and Buckingham Palace to check out the colourful ceremony of the Changing of the Guard. Perhaps there’ll be a chance to enjoy lunch at a traditional London Pub. 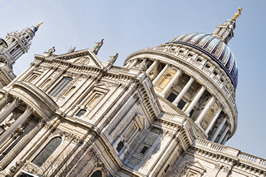 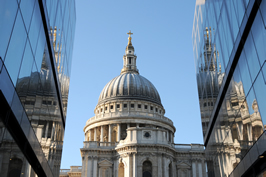 Then how about a guided tour of Sir Christopher Wren’s masterpiece – St Paul’s Cathedral – crowned by the magnificent dome that is so much a part of the London skyline. The Cathedral was rebuilt after the Great Fire of London in 1666. In recent years it has seen the wedding of Charles, Prince of Wales, to Lady Diana Spencer and, more recently, the thanksgiving services for both the Golden Jubilee and 80th Birthday of Her Majesty the Queen.

For over 5000 years there has been evidence of man’s activity around Stonehenge in this remote part of Wiltshire – How? Why? This stone Circle fascinates and mystifies – your Blue or Green Badge Guide will explain the whys and wherefores of this World Heritage Site.

Continue to Bath, and visit the 2000-year-old Roman Baths, still filled by gushing hot springs, at a constant 46.5 degrees centigrade. Admire the fifteenth century abbey, and glorious Georgian crescents built in the eighteenth century of mellow stone, sample a Bath bun and the hot water in the Pump Room. 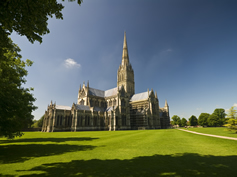 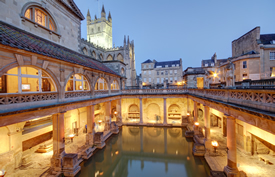 A beautiful and historic building, Salisbury Cathedral is where you can discover over 750 years of history; including Britain’s tallest spire, the world’s best preserved original Magna Carta and Europe’s oldest working clock. Built between 1220 and 1258, in one architectural style, Salisbury is Britain’s finest 13th century Gothic Cathedral.

The beauty of North East England lies in the variety of landscapes in relatively small area. Towards the Scottish Borders lies officially England’s most tranquil county: Northumberland. Famously named ‘The Land of Far Horizons’ it is filled with miles of gentle landscapes and unspoiled golden sandy beaches. 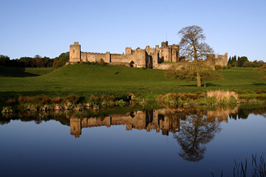 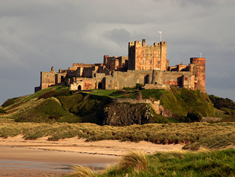 The county is home to more castles than any other in England (Bamburgh, Alnwick, Berwick are just a few) and also forms the final frontier of the Roman Empire along Hadrian’s Wall.
Lose yourself in the beautiful Northumberland National Park or experience seals and puffins off the Northumberland coast. Explore stately homes or haunted castles while surrounded by the breath taking landscapes.