Blue and Green Badge Tourist Guides can be found throughout the UK. They can help with both practical aspects of touring and guide you through the attractions. Here are just a few suggestions.

Your Blue or Green Badge Guide can show you the secrets of the Harry Potter movies. The most popular visit for Harry Potter fans is Oxford University – where many of the Hogwarts’ School scenes were filmed.

You could visit the 14th century New College, where Malfoy’s transformation into a ferret was filmed. 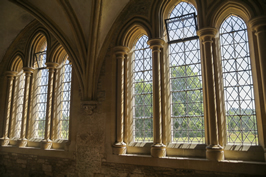 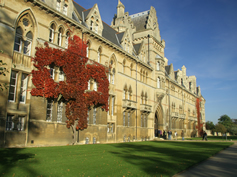 Visit Christchurch College and the famous Hogwarts’ staircase where Professor McGonagall meets the schoolchildren. The college hall was the inspiration for Hogwarts’ dining room while the Divinity School was the location for Hogwarts’ infirmary and Ron’s dancing lesson with Professor McGonagall.
Some scenes were shot at the Norman Cathedral of Gloucester, including the ghost scenes and talking portraits in ‘Harry Potter and the Philosopher’s Stone. And in Lacock Abbey, many of the classroom scenes were filmed.

Oxford can be combined with other historic sights: Shakespeare’s Stratford, or Blenheim Palace (March to November) or the Cotswolds.

Tour locations featured in the BAFTA award winning period drama Downton Abbey including the fictional Downton Village, Downton Abbey and the home of the Dowager Countess. Visit the Oxfordshire village used as Downton village and see the home of Matthew Crawley and where the church, village fair and hospital scenes were made. 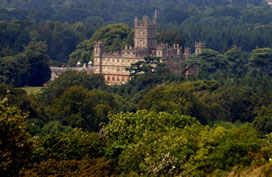 Learn about the 1000 year history of Highclere Castle and life ‘above and below stairs’. There are many other picturesque villages and countryside to see in this region.

Off The Beaten Track

Travel through the mystical Fenland Countryside landscape, watch Ely Cathedral rise in the distance like a ship floating over the marshes before stopping at a market town. With many of Queen Etheldreda’s monastery buildings still in place, Cambridgeshire is steeped in ancient history. 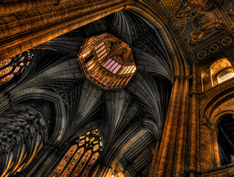 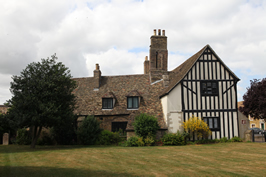 Visit Oliver Cromwell’s house, the Stained Glass Museum within the Norman Cathedral and choose a stop-off at one of the the many country houses with famous gardens, such as Blickling or Holkham.