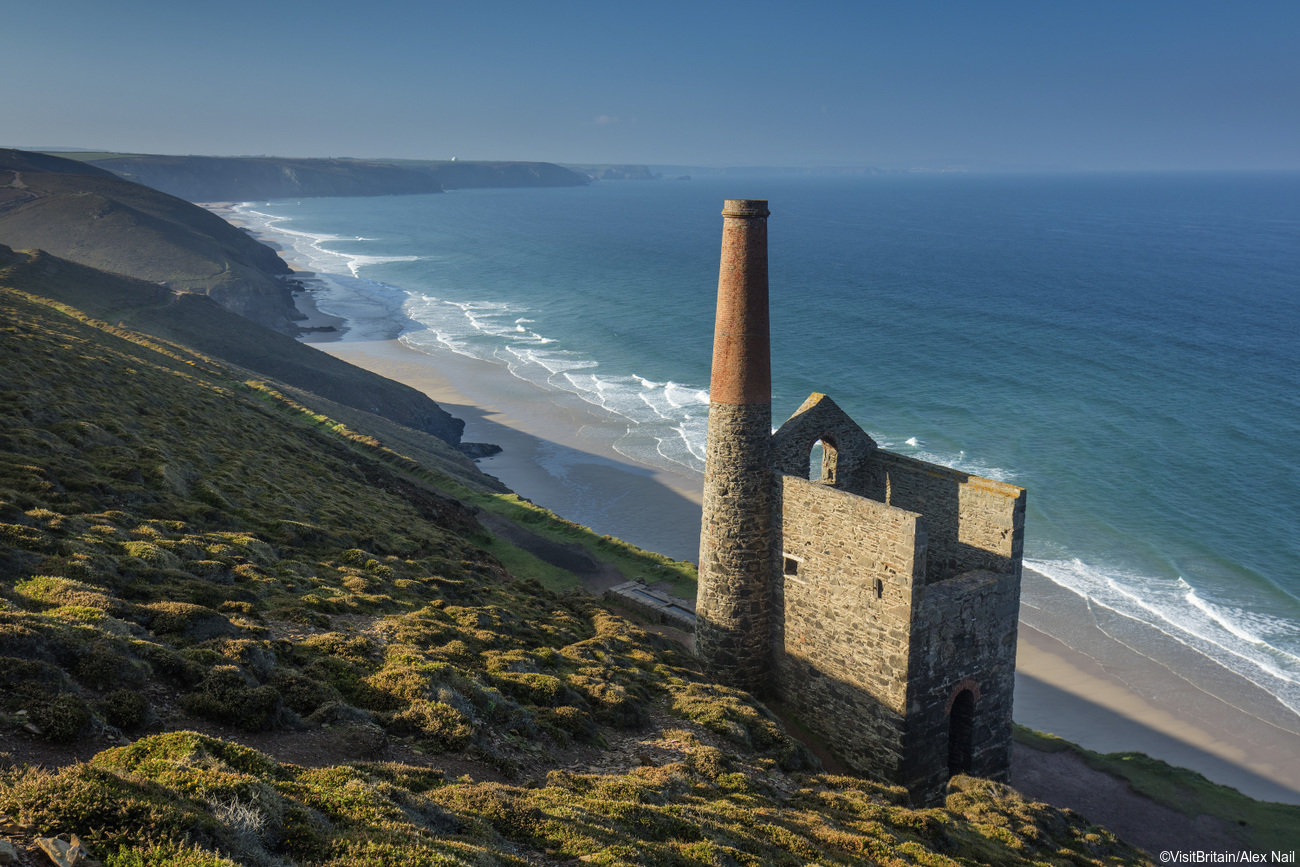 Is it the spectacular coastal views, secluded coves, the patchwork of fields and country lanes and wild moors? Is it the history of mining, shipwrecks and smuggling? Or is it purely the romance of the area that inspired Winston Graham to write the epic tales of Poldark now screened on TV across the world.  Blue Badge Guide Viv Robinson takes us on a tour of Poldark’s Cornwall to reveal why this is such a fascinating and whimsical destination.

1. Its dramatic coastal scenery
Cornwall’s coastline of 433 miles is the longest in Great Britain, with 158 miles having heritage status. Spectacular, varied vistas over the rugged Atlantic coastline between St Agnes, Newquay and Padstow and the Tin Coast towards Land’s End are not to be missed. Wide sandy beaches, not least at Holywell Bay, and lesser-known spots near Porthcothnan, feature as the backdrop to dramatic and memorable Poldark scenes. Enjoy linking film locations to scenes from the series and while away the time whilst on tour imagining you can see Ross galloping across a headland on his trusty steed or Drake and Morwenna secretly meeting on a deserted beach. 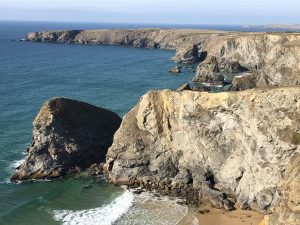 2. The South West Coast Path formed in the days of smuggling
Carved into rugged cliffs and following easy routes along more gentle stretches, the South West Coast Path hugs the coast. The route was devised for revenue patrols to access harbours and watchpoints when on the lookout for smugglers. On the Lizard peninsula Guglielmo Marconi, the Italian inventor known for pioneering work on radio transmission, and Henry Trengrouse, local inventor of the ‘Rocket’ life-saving apparatus, made their mark. As did Aiden Turner in the Poldark shipwreck scene filmed at Dollar Cove. 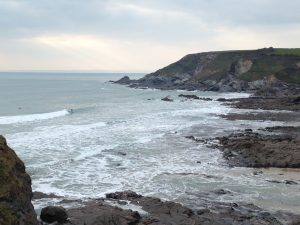 3. Secluded fishing coves and historic harbours the focus of everyday life in the past.
Tucked away on Cornwall’s Southern coastline picturesque Penberth Cove and Porthgwarra offer the chance to step back to a time when the pilchard fishing season was important in the Cornish calendar. Wonder at the translucent waters of Porthcurno and make time to visit the Minack Theatre. At Mousehole, restaurants offering freshly caught fish landed at nearby Newlyn deserve investigation, as do those at the historic harbour of Charlestown further along the south coast. 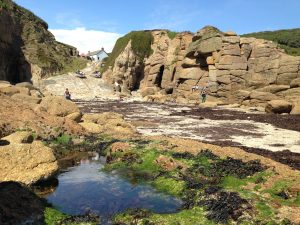 4. Impressive Country houses
Prestigious country houses at Lanhydrock, Trerice and Godolphin with colourful gardens in spring indicate the comfortable lifestyles enjoyed by the landed gentry in the past. The Boscawen family of Tregothnan and Bassetts of Tehidy, make their appearance on screen alongside the fictitious Poldarks and Warleggans. Lives of these families were shaped by business deals, rivalry, social events and personal liaisons. Fact merges with fiction here! 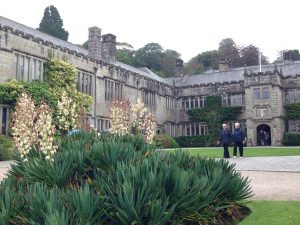 5. Cornwall’s domination of world copper production in the 1830s
Intensive mining in the 1700s and 1800s made Cornwall important to world copper and tin production. ‘Off the beaten track’, relicts of imposing engine houses, unique industrial buildings, mining towns and villages abound in the UNESCO Cornish Mining World Heritage Site. The Poldark mines, ‘Wheal Leisure’ and ‘Wheal Grace’ stand proud against the backdrop of soaring cliffs on the Tin Coast being the most photographed of buildings. 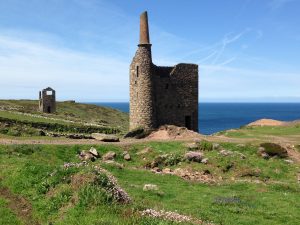 6. Regular monthly balls in Truro’s Assembly Rooms in the C18th
Aiming to rival Bath as a social centre, Truro was an important market town and port in Poldark’s day with the Assembly Rooms being a popular place to meet for social events. Now a vibrant city with a cathedral and high-class shopping opportunities it’s just the place to take a tour to reflect on Poldark connections of which there are many. 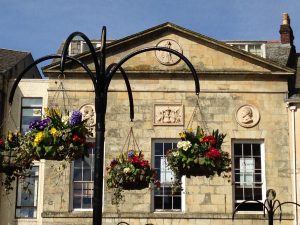 Viv Robinson is a Blue Badge Guide based in Cornwall and guides a variety of Poldark themed tours.