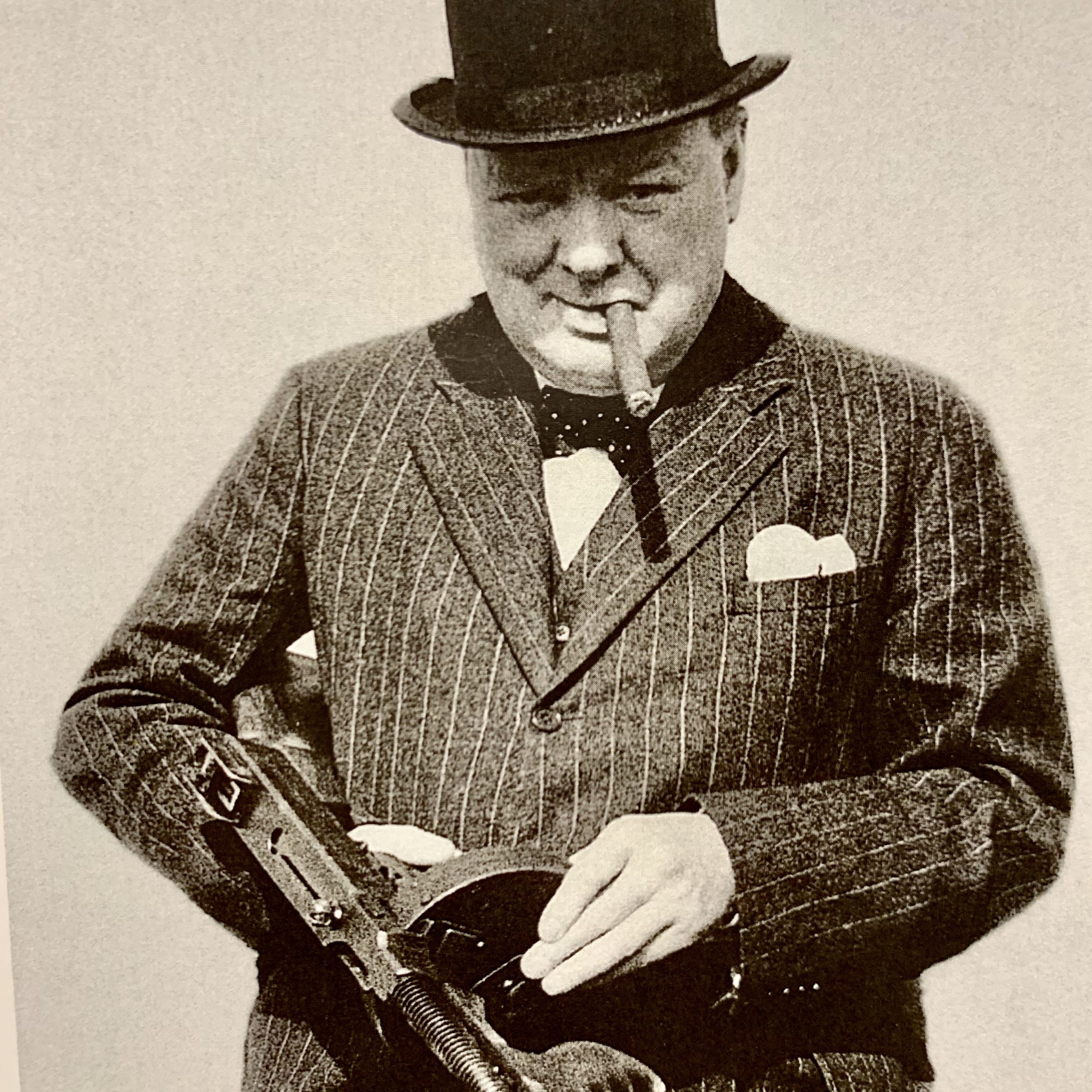 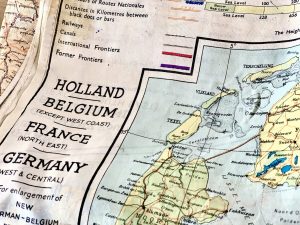 Silk: An airman’s silk escape map scarf – an essential aid if an allied flyer bailed out over enemy territor

Silk handkerchiefs
There’s so much to see in Churchill’s secret bunker. This remarkable time capsule remains as it was left in 1945, when the last man out turned off the lights. Every artefact – every fire extinguisher, every water jug, every ashtray – is the real thing.

Missing, however, are the silk maps that are said to have hung here. Snaffled by departing officers at the end of the war, these large sheets were re-purposed as luxurious dressing gowns and underwear by grateful wives and girlfriends. Smaller silk ‘escape maps’ of occupied Europe were given to aircrews. Flyers wore them as scarves – a practical yet ingenious item that might be a life-saver if an airman bailed out over enemy territory. 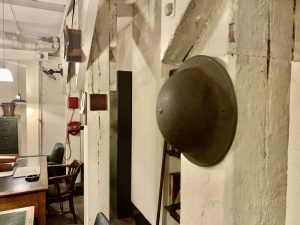 A WW2 steel helmet, known as a tin hat, hangs in the Cabinet War Rooms

Tin hats
The design of the WW2 British helmet wasn’t dissimilar to those worn by English archers at the Battle of Agincourt in 1415. The Brodie helmet was patented in 1915 by John Leonard Brodie. During WW1, after his disastrous mismanagement of the Dardanelles Campaign, Churchill became an officer in the trenches. He lobbied for the new helmets to be issued immediately, having witnessed first-hand the heavy toll shrapnel exacted on his men. Known as the ‘tin hat’, a modified version of the Brodie was produced as Helmet, Steel, Mark 1. It remained standard issue until 1944. US forces wore the British-pattern helmet until 1941 when they adopted their own, better designed version – the M1. 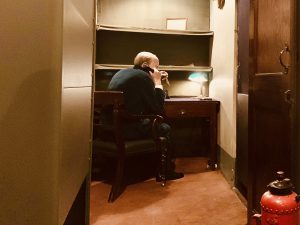 This recreation depicts Winston, in one of his sirensuits, on the scrambler phone to the US President.

Winston’s onesie
Churchill invented the onesie. Although overalls were sported by mechanics, drivers and pilots, Winston took it a step further. He favoured the design – christened ‘the siren suit’ – so he could dress quickly if an air-raid disturbed his bath-time. He had luxuriant versions run-up by his Savile Row tailor in claret and bottle-green velvet. 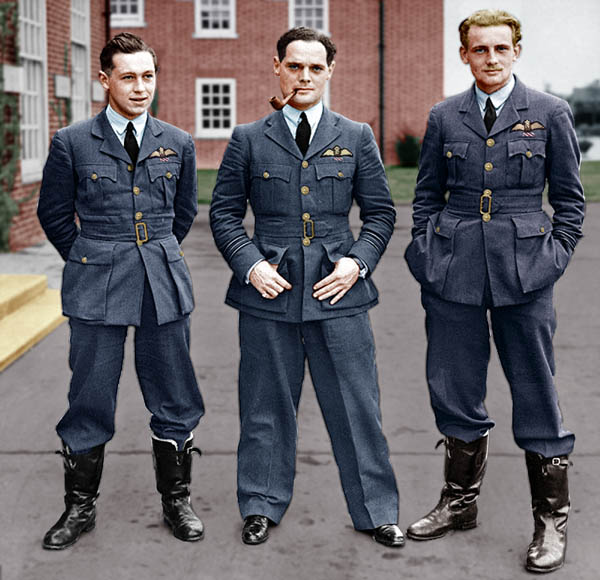 Officers’ boots
You can tell the army mannequins in the bunker are dressed as officers because they wear brown shoes and boots. Class-conscious Brits were confused when America entered the war, as all US soldiers wore brown boots, irrespective of rank. American airmen however preferred British flying boots to their own. These were often traded with RAF pilots for lipstick and nylons – ever-popular gifts for British women. Many US flyers wore British boots in combat as a consequence. And, just to confuse you, all standard British flying boots were black. 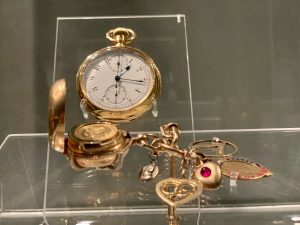 Pocket watch
Winston loved a good timepiece. His Breguet pocket watch (no 765) and its distinctive gold chain are now in the Churchill Museum. This beautiful example was made in 1818 for Churchill’s illustrious ancestor, the 4th Duke of Marlborough. Breguet, which dates back to 1775, is still going strong. 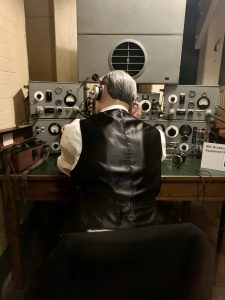 “Here is the news. And this is Alvar Liddell reading it,” was a British wartime catchphrase. Families crowded around the ‘wireless’ to hear Liddell’s reports on the BBC. There was something reassuring about his sonorous tones. The newscaster, just like the announcers broadcasting from the Cabinet War Rooms, always wore a dinner jacket (a tuxedo – as it’s known Stateside). This tradition endured well into the 1950s even though nobody could actually see these broadcasters at work in their studios. 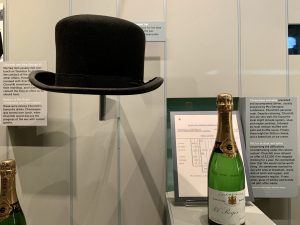 Churchill’s Bowker hat, displayed next door to the War Rooms, in the Churchill Museum

Goldfinger’s henchman
A favourite object is the Bowker hat, which Churchill designed himself. It’s a cross between a Bowler (a Derby in the US) and a Homburg, popular with those distinguished elder statesmen of the day. Can’t picture it? Then watch James Bond in 1967s, Goldfinger. Evil henchman Oddjob deploys his version of the Bowker with deadly consequences. It doesn’t end well for Oddjob of course. But, rest assured, a visit to the War Rooms is always a licence to thrill.

Antony Robbins (aka ‘Mr Londoner) is a London Blue Badge guide and a former director at the Museum of London.