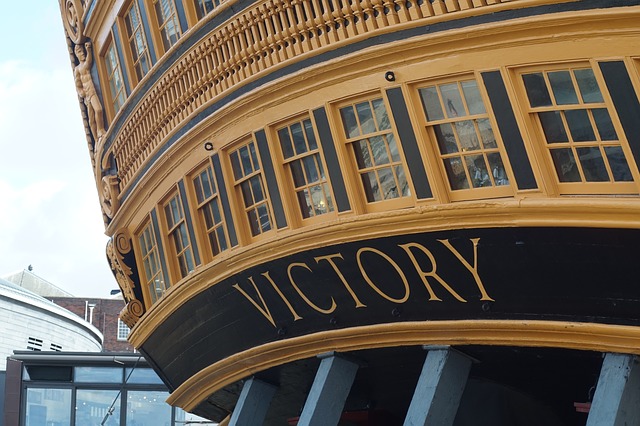 Portsmouth is known as the home of the Royal Navy and the birthplace of Charles Dickens and Isambard Kingdom Brunel. It’s also where Sir Arthur Conan Doyle wrote his first Sherlock Holmes novel and where Rudyard Kipling and HG Wells lived for a while. Blue Badge Guide Suzanne West suggests many more good reasons to visit this fascinating city which is just over 90 minutes by rail from London. 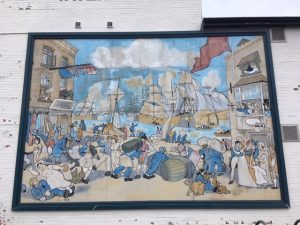 The D Day Story – This must-see museum has been completely revamped to bring to life the epic story of the largest single seaborne assault in history, involving over 156,000 Allied troops on the beaches of Normandy in June 1944. By the end of August that year, two million Allied soldiers were in France. There are the personal stories of those who were there and those left at home. The magnificent Overlord Embroidery (a rival to the Bayeux Tapestry in terms of telling a story) is a highlight but there’s also an extraordinary array of audio-visual displays and exhibits such as landing craft, personal letters and photographs. 2019 marks the 75th anniversary of the Normandy landings, so it’s a great time to visit. 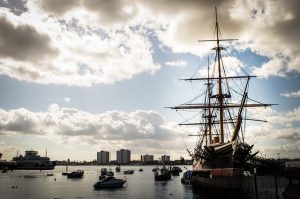 Portsmouth Historic Dockyard – A visit to the dockyard takes you on a journey through time. You can step onboard HMS Victory (Nelson’s magnificent flagship) and HMS Warrior, Britain’s first ironclad battleship. Perhaps take a boat trip around the harbour and dive into HMS Alliance (a submarine from the Cold War era). And don’t forget that King Henry VIII’s flagship, the Mary Rose (sunk in 1545 and raised from the seabed in 1982), rests in its own state of the art museum and can now be seen like never before, surrounded by thousands of Tudor artefacts. 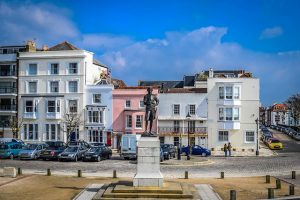 It’s the beating heart of Old Portsmouth- the location from which this great island city grew. A walk around its cobbled streets will take you back to the days of explorers, pioneers, drunken sailors and Press Gangs and give you fabulous sea views. Take in some bracing sea air and immerse yourself in history on a walk through time. Some of the things to see include: 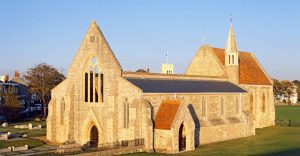 Suzanne leads walks and tours in and around Portsmouth.