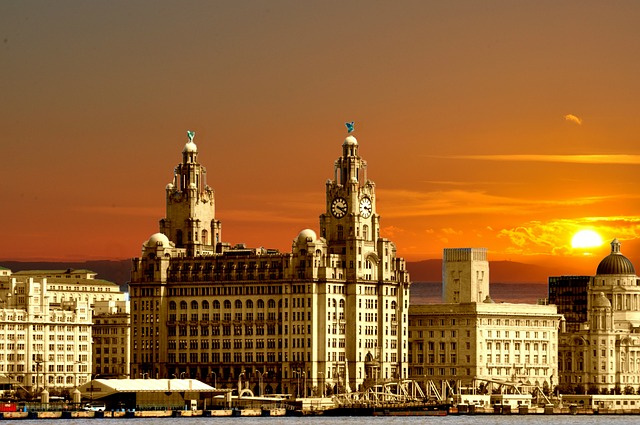 Brookside, The Liver Birds, Boys from the Blackstuff, Bread …… these are all TV shows that easily give away their Liverpool setting. But did you know that due to its astounding array of architecture, UNESCO World Heritage site Liverpool and the surrounding City Region often
stands in for other British or foreign cities? Our Blue Badge Guide, Julie Kershaw, shows us the filming locations of TV shows and films that we probably didn’t even know were filmed in Liverpool.

“Liverpool is the most filmed in British city outside of London and hosts an average of three productions a day (film, TV series, videos and ads). In 1990 it  was the first city in Europe to have a dedicated film office. Filming generates over £11 million pounds a year for the local economy and gives an added frisson to a city tour – you never know when you will stumble across Danny Boyle directing, Meryl Streep and Hugh Grant shooting a Hollywood film or Cillian Murphy and Tom Hardy as compelling TV villains.

1   Peaky Blinders
Although the award-winning BBC show features the feared Shelby brothers as they make their mark in 1920s Birmingham, much of the show is filmed in Liverpool and the North-West.  Watery Lane, where the brothers grew up, Garrison Lane, home of the eponymous pub, and the shoot-out between Tommy and Alfie – all were recorded here in Liverpool and the surrounding area. Blue Badge Guide Julie Kershaw, offers two different private full-day Peaky Blinders filming locations tours, chauffeur-driven in a luxury vehicle or by private coach. Series 5 has just started so expect even more Peaky action in the ‘Pool’! 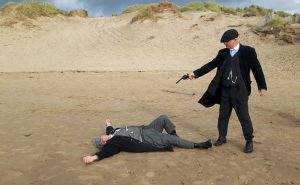 Actors stage a scene on a Peaky Blinders tour in Liverpool

2   Florence Foster Jenkins
This good-hearted film starring Meryl Streep and Hugh Grant is supposedly set in 1940s Manhattan. But, as director Stephen Frears said, “You really couldn’t make this film in New York now as it doesn’t look like the 1940s anymore.” Enter Liverpool’s Cunard Building, one of the city’s iconic Three Graces, and the adjoining Water St, (no stranger to substituting for downtown Manhattan as the building and street also stood in for New York for the filming of TV mini-series “Cilla” starring Sheridan Smith) the addition of some period yellow taxis and THAT newspaper kiosk turned the Cunard Building into Florence’s residence, the Seymour Hotel. 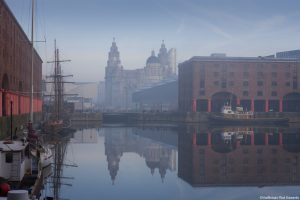 3   A House Through Time
It is not just fiction that is filmed in Liverpool as the city’s great history makes it a delight for makers of historical documentaries. The BBC2 documentary, A House Through Time, presented by David Olusoga, looked at the history of one house in the Georgian Quarter from when it was built until the present day. A surprise hit for BBC2, the four episodes recounted not only the lives of those who had lived in this Falkner St house but also the accompanying history of the city.

4   Fantastic Beasts and Where to Find Them
Liverpool had the honour of being the only non-studio location used to film this Harry Potter prequel and once again stood in for New York. This time it was our neo-classical treasure St George’s Hall, described by Queen Victoria as “worthy of Athens” that was used. It was used to great effect for the political rally for Senator Shaw, would-be Governor and son of the newspaper magnate, that ended so badly. Ask your guide about the many other films and TV programmes that have made use of this magnificent building. 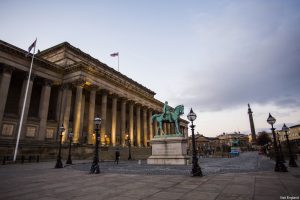 Exterior view of the neoclassical St Georges Hall in Liverpool

5   Foyle’s War
Previously filmed in Hastings and Dublin, for its final series this popular ITV drama instead used Liverpool as its backdrop, spending 14 weeks filming here. As well as standing in for post-war London, the city also doubled as Southampton, France and even Poland. Eagle-eyed viewers might have spotted the Port of Liverpool Building, one of the Three Graces or the city’s much-filmed Georgian Quarter amongst many other locations.

Coming Soon!
The filming never stops in Liverpool so look out for forthcoming productions filmed here including ITV’s Victoria, Netflix’s The Crown, a new mini series of War of the Worlds on the BBC and forthcoming film Tolkien and enjoy playing “spot Liverpool”!”