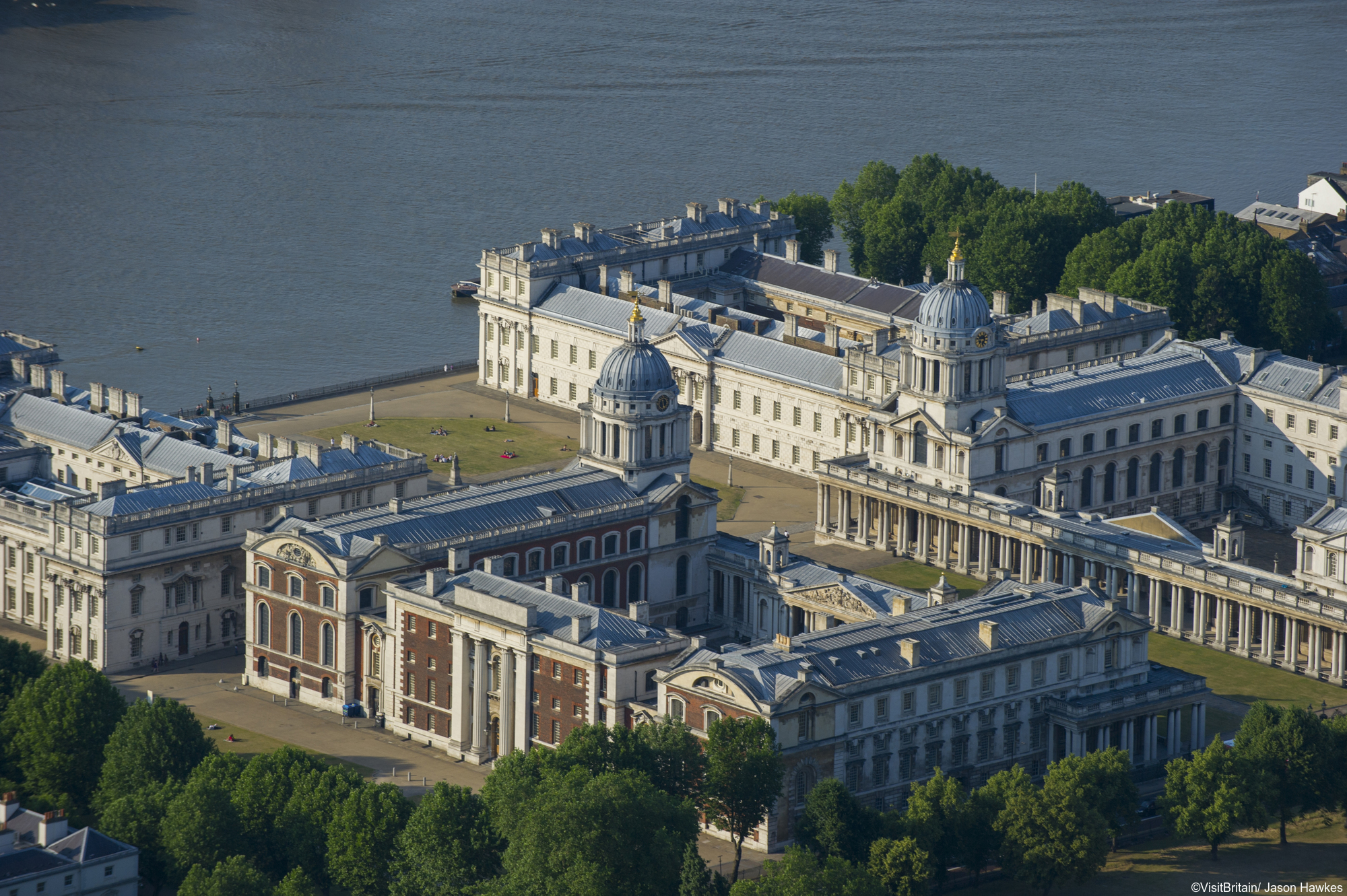 Although it is not in the heart of the capital, Greenwich can claim to be at the centre of the world as it is the home of the Greenwich Meridian, the line of 0 degrees longitude.

In October 1884 a conference in Washington DC decided to adopt the Greenwich Meridian as the world’s prime meridian. It had been in use for over thirty years by most sailors and navigators, although France, which had its own meridian, recognised the primacy of the Greenwich line but French ships continued to use their own line until the early years of the twentieth century. 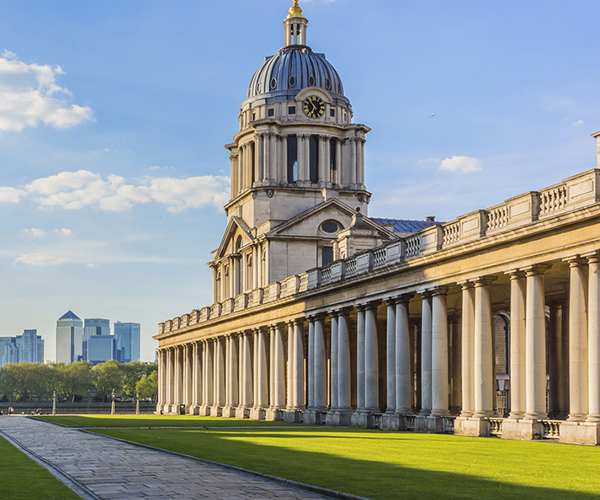 Time had always been of the essence when calculating longitude, an essential aspect of determining the exact position of sailing vessels and an important contribution to naval safety. The first man to make a reliably accurate clock which could withstand the rigours of a long sea voyage was John Harrison (1693 – 1776) who dedicated much of his life to the project. Although he never received the Longitude Prize promised by the Admiralty for his invention, Harrison’s timepieces became accepted as an invaluable aid to navigation and helped to save countless lives at sea. Several can be seen at the Royal Naval Observatory Museum in Greenwich.

Nearby is a line on the ground marking the path of the Greenwich Meridian. Few visitors can resist the opportunity to take a picture of themselves with one foot on either side of the world. 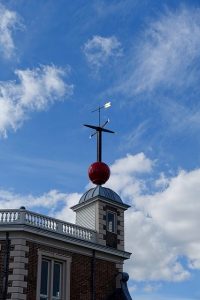 On top of the Observatory is a red time ball that still drops precisely at one o’clock Greenwich Mean Time. The ball has been dropping regularly and precisely every day since 1833 and for many years this was the signal for ships’ captains and navigators to set the clocks on their vessels and, safe in the knowledge that they could now keep accurate time over a long voyage, they would confidently track their location at sea. 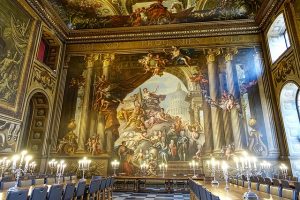 Because of its importance to the maritime world, Greenwich was the site of the Royal Hospital for Seamen, a home for elderly sailors designed by Sir Christopher Wren which later became the Royal Naval College and is now part of Greenwich University. The Painted Hall has recently reopened after a restoration process costing £8.5 million and is now being visited regularly by groups and individuals. Once described as ‘the Sistine Chapel of the UK’, the Painted Hall is considered a masterpiece of English Baroque Art. The ceiling was painted by Sir James Thornhill, a regular collaborator with Wren, who also painted scenes from the life of Saint Paul on the interior of the dome of St Paul’s cathedral. Thornhill charged by the yard for his work – £1 for the walls and £3 for the ceiling, presumably much more backbreaking work. He even included a painting of himself which, according to legend, shows him holding out his hand asking for more money!

Edwin Lerner is a Blue Badge Guide working in London and the surrounding areas.