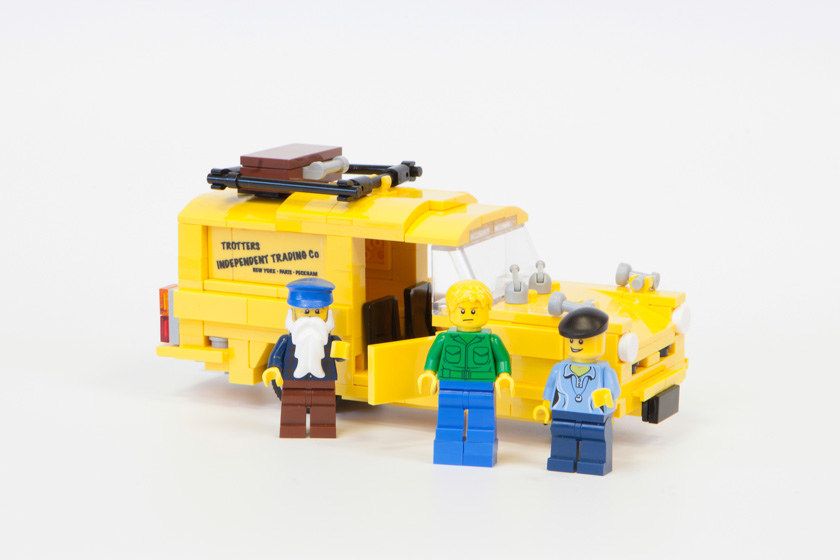 Journalist and Blue Badge Guide Marc Zakian tells us about some of more unusual aspects of British tourism.

“Take us to famous Trotter house,” says Branislav. My Serbian tourists have me stumped for a moment. “Which famous Trotter is that?” I enquire. “You know, Rodney and Del Boy. Their house, in Peckham. Kushti!” exclaims Bransilav, adamant that this is one of the capital’s major tourist attractions.

Only Fools and Horses is a TV classic in Serbia. Mucke – the Serbo-Croat name for the BBC series – has turned the Trotter family into household names. The country’s capital has a restaurant named after the sitcom, and kiosks sell Only Fools and Horses DVDs alongside Del Boy T-shirts bearing his famous catchphrases.

It’s one of the unlikely icons of British television and literature that inspire international visitors to come to the UK. And it’s the UK’s Blue Badge Guides who are experts at turning these unusual requests into great days out.

“Rosamunde Pilcher has sold millions of books in the UK,” says Blue Badge Guide Howard Medwell. “But she is much better known in Germany where, during 1990s, a TV company started adapting her books for Sunday night television”.

“Pilcher’s romances are set in her native Cornwall, presenting a very different England to the one Germans might imagine – an idealised, eternally sunny landscape, of venerable stately homes staffed by butlers serving tea to aristocrats.”

One of the grand houses that have featured in the TV adaptations is the 16th century Prideaux Place, near Padstow. The house, which overlooks a lush deer park with picturesque views, attracts 25,000 visitors a year. Nearly half of them are Germans on Pilcher pilgrimages.

“Pencarrow House is another stop on the Pilcher trail,” says Medwell. “The family still live at the 50-room Georgian residence near Bodmin – my tourists love the fact that these are still aristocratic residences, with owners who sometimes talk to the visitors. But I do have to explain that English people don’t all live in mansions or great estates.”

Another unlikely British TV export is Dinner for One. The two-handed comedy sketch is said to be world’s most frequently repeated TV programme, as it screened every New Year’s eve in Germany, Scandinavia, Australia and South Africa.

“I can’t count the number of times Germans, Austrians and Swiss ask me about it,” says Scottish Blue Badge Guide Manuela Fraenkel. “Visitors are quite disappointed that we don’t have any memorials to the actor Freddie Frinton and his wife May.” Forgotten in the UK, Frinton is still famous across three continents.

More familiar tourist attractions can give rise to unexpected responses. Blue Badge Guide Eddie Lerner has experienced this: “Many of the people I take on tours around Britain and Ireland come from English speaking countries – the USA, Canada, Australia and New Zealand – and feel a strong link with the ‘mother country’.

“Many are descended from families who emigrated because of economic necessity or religious discrimination. No memorial is more evocative of this than those for the Titanic, which sank on its maiden voyage in 1912, carrying many people hoping for a new start across the Atlantic.

“At Cobh in Ireland there is a visitor centre dedicated to these emigrants. It displays the flags of the countries they made homes in. The first and final voyage of this “unsinkable” ship ended when it struck an iceberg and went down with the loss of over 1500 lives.

“In Belfast, where the ship was built, there is a memorial to those who died. In the new museum in the Titanic Quarter people can feel what it was like to board the liner. For some visitors it is an emotional experience.”

From the Titanic to the Trotters, British tourism can be both moving and surprising.