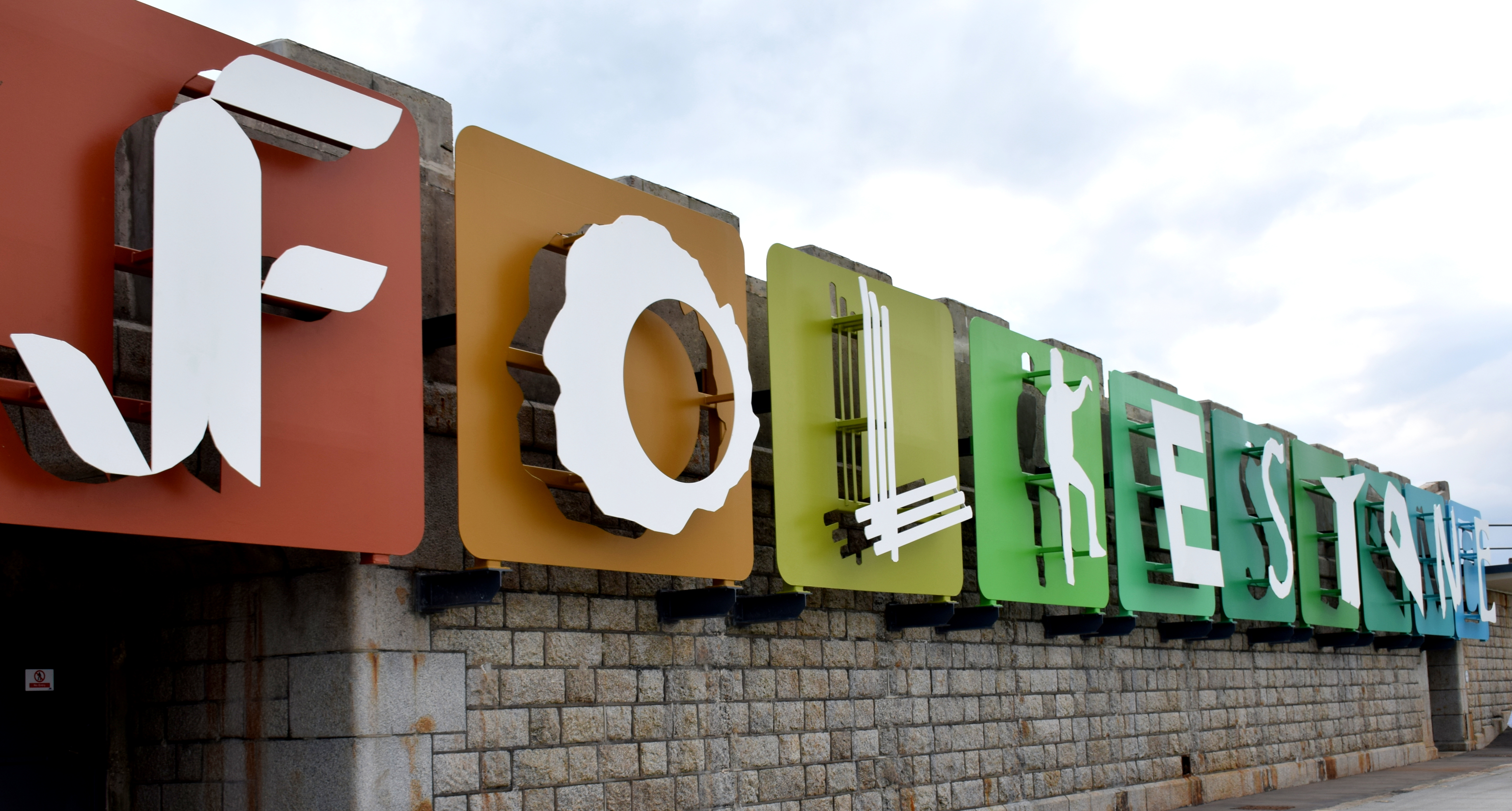 Where is there a more appropriate place to mark Armistice Day than in Folkestone?  Our Blue Badge Guide Tanya Firth takes us for a tour of Folkestone and tells us why this quiet seaside town played such an important role in the First World War.

“Approximately 10 million troops and ancillaries, such as nurses and Red Cross workers, passed through Folkestone port. For many soldiers, who left for the Western Front from Folkestone, its harbour was the last sight of home. 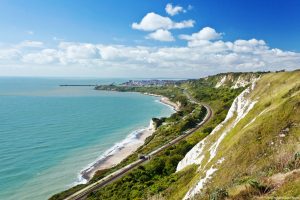 A view towards Folkestone from the white cliffs of Dover, with the coastal railway.

Did you know that one of those soldiers, never to return, was a young poet by the name of Wilfred Owen? He passed through Folkestone on at least two occasions. In a letter to his mother, which he wrote on 28 December 1916, he described the Metropole Hotel as a “place of luxury … with carpets as deep as the mud here.” 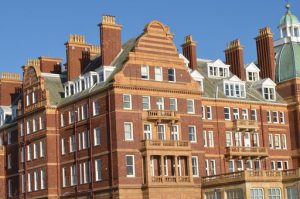 He also passed through Folkestone the last time he ever left England on 31 August 1918. Tragically, he was killed in action, aged 25, on 4 November 1918, exactly one week (almost to the hour) before the signing of the Armistice. His mother received the telegram informing her of her son’s death on Armistice Day, as the church bells in Shrewsbury were ringing out in celebration.

During the war, Folkestone also became home to Canadian troops and the Chinese Labour Corps. Many British and Commonwealth soldiers were treated in the Manor House on the Leas promenade, which, during the war, was converted into a voluntary aid detachment hospital. 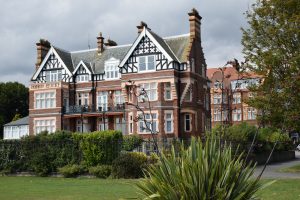 Did you realise that the well-documented and controversial White Feather Campaign was started in Folkestone?
It was the brainchild of conscriptionist Admiral Charles Cooper Penrose-Fitzgerald, who on 30th August 1914, enrolled thirty women from the town to hand out white feathers to any men who were not in uniform. The purpose of this gesture was to shame “every young ‘slacker’ found loafing about the Leas” and to remind those “deaf or indifferent to their country’s need” that “British soldiers were fighting and dying across the Channel.” He warned such men in Folkestone that “there was a danger awaiting them far more terrible than anything they could meet in battle”.

Unfortunately, this fervent show of female patriotism by the women of Folkestone resulted in some rather unpleasant misunderstandings. Men at home, who were on leave and the ones who were invalided out of service, were also accosted by Fitzgerald’s band of overzealous women. Eventually, the government responded by allowing those who were officially pardoned as unfit for service, to wear a badge which read ‘King and Country’. However, Folkestone’s story is about far more than just troop movements.

Can you believe that Folkestone can be considered as the birthplace of British foreign intelligence? Because of its location, Folkestone was an ideal target for German spies. The town became a hotbed of espionage during World War One and security was extremely
tight.

The town became HQ of a tripartite bureau, including French and Belgian intelligence officers. The British section was based in an imposing building still overlooking Folkestone Harbour at Marine Parade and was led by the notorious renegade spy, Captain (later Major) Cecil Aylmer Cameron. 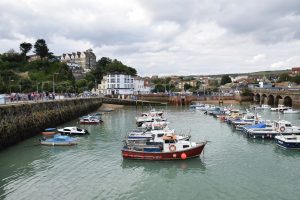 In December 1915, the spy Geertruide Zelle, otherwise known as ‘Mata Hari’, was stopped from boarding a ship to France in Folkestone harbour by the Secret Intelligence Service.

Where in Folkestone can we remember the thousands of soldiers who never saw their country in peace again? What better place than where WW1 history meets the present? At the top of the former Slope Road, now known as the Road of Remembrance, we can now sit and contemplate under the magnificent Memorial Arch, erected to mark the centenary of the beginning of World War 1 and unveiled by Prince Harry on 4th August 2014. 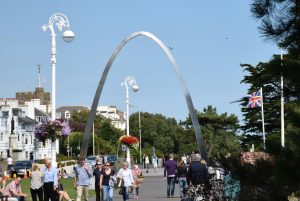 We can also empathise and still share the pain of the grieving mother of all lost soldiers, who is represented on the nearby war memorial, created and unveiled in 1922.

We can also thank the millions of soldiers who marched down the Road of Remembrance to their point of embarkation in Folkestone harbour. The road is now poignantly decorated with crocheted poppies in their memory, lest we forget all those young lives given up to bring peace to their homeland.”