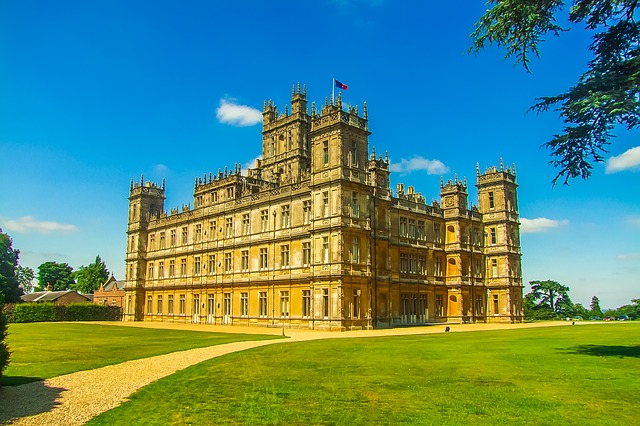 It’s a wrap! As Downton hits the big screen, what better time to remind yourselves of all those London locations that featured in the TV series? Local Blue Badge guide Penny Bowden explains how walking in the footsteps of the fictional country estate’s upstairs-downstairs folk to indulge in a bit of pure nostalgia could lead you to wonder if they were really where they were supposed to be!

The camera never lies – or does it? In the world of film, yes! Many of the scenes in the television series of Downton Abbey depicting York were shot in central London with clever photoshopping to complete the illusion.

In the film version, continuity of location to eagle-eyed Downton fans will be just as important as the lives, loves and rivalries of the fictional people of the grand country house, their friends, acquaintances and servants. 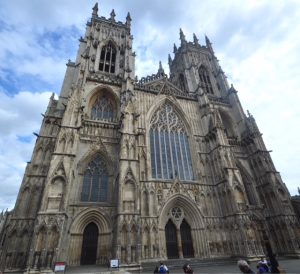 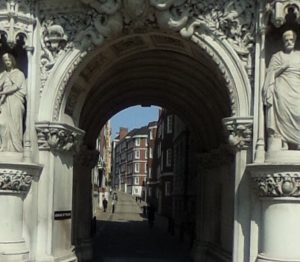 An enticing view of Legal London

So here are a few hints how you can walk into the frame of these particular provincial Downton Abbey locations without ever leaving the capital: 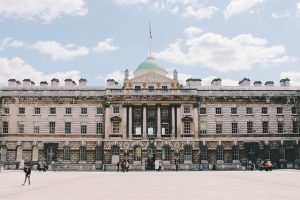 Somerset House: not always as glamorous in filmland as it looks here! 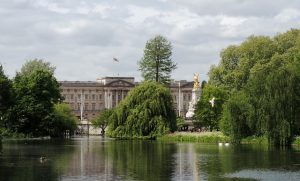 But some of the scenes were genuine glittering London landmarks featuring sumptuous food and surroundings: 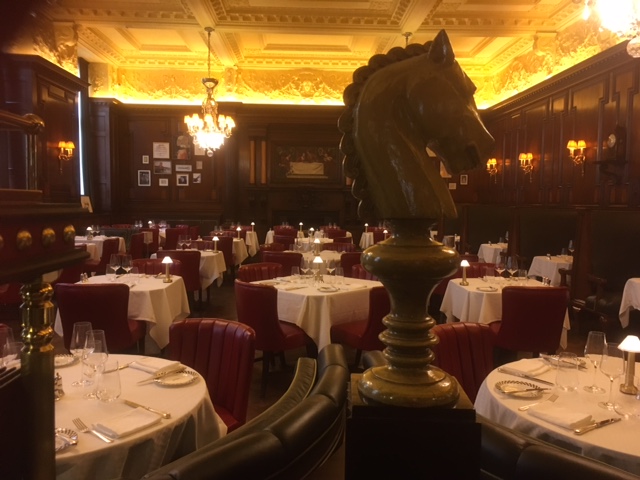 Interior of Simpsons in The Strand

The smoke and mirror effects of montaged scenes weren’t lost on the makers of the 2011 charity spoof, “Uptown Downstairs” with a stellar cast including Harry Enfield, Olivia Colman and Jennifer Saunders. One hilarious excerpt features a line of servants struggling upstairs from the kitchens in Ealing studios, crunching into the ceiling, then emerging in a walking crouch from behind a barrier into the Downton drawing-room.

The film starts in 1927 with a royal visit. It may have a bigger budget than the TV series, but with that winning three golden globes and being dubbed into more than 150 languages, it’ll still be a hard act to follow.