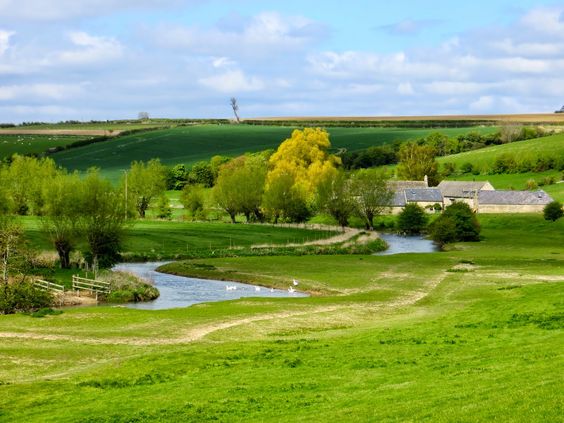 If you really want to see our countryside there is no better way than by foot. As you walk along the country lanes, tracks and ancient byways it’s often possible to see things that are totally invisible when passing along coach accessible roads. Such is definitely true of the villages along the Windrush valley in Oxfordshire. Blue Badge Guide, Verity Tiff takes as on one of her favourite Oxfordshire walks. 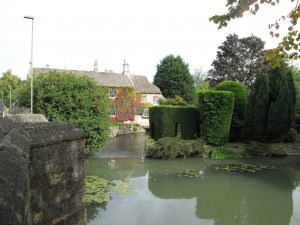 The river as you leave Burford, Oxfordshire

“This walk starts in Burford, a small market town which was once an important crossing point for the medieval wool trade. Charles II and Nell Gwyn were very fond of watching the local horse racing and stayed at one of the local inns, The George. Before we head out of town, let’s take a short detour to look inside St John’s Church. In here we can see some of the striking memorials paid for by the wealth of the wool trade. Sir Lawrence Tanfield’s was erected without the permission of the churchwardens as he was so disliked by the town that after his death, every midsummer’s day his effigy was burnt and paraded down the High St. 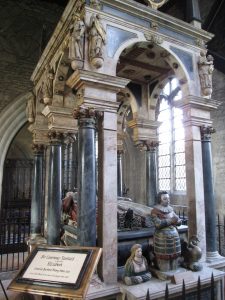 Crossing the River we head towards Fulbrook, now more of a hamlet, but with a fine Norman church. From here we turn across fields wondering if we’ll see a Cotswold Lion. Don’t worry, they’re not at all fierce. They’re the local breed of sheep. As we continue across the fields there seems to be a church all on its own. As we get closer we can see lots of strange bumps and mounds in the ground. This is the site of the once busy village, but now deserted village of Widford apart from St Oswald’s church which was built on the site of a Roman Villa. Inside there are remnants of the mosaic floor. 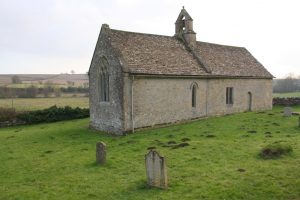 As we walk further along the valley we’ll soon reach the Swan Inn, which was owned by Deborah the late Duchess of Devonshire who was the youngest of the infamous Mitford sisters. You may also recognise it from Downton Abbey as the inn where Lady Sybil stayed with Branson when they eloped. Maybe it’s time to relax with a coffee or a pint and enjoy the peaceful scene by the river before continuing on our journey to Asthall. 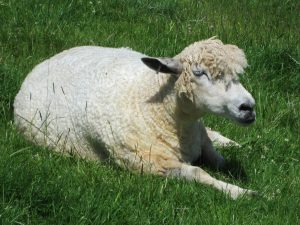 At Astall we pass the gates of the Jacobean Manor House with its unusual modern sculptured gateposts. This building was once the home of the Mitford sisters but now hosts a biennial exhibition of sculpture in its grounds. Nancy based her Alconleigh on this house in her novel “Pursuit of Love”

If you have the energy you can then continue to Minster Lovell with its rose-covered cottages. Behind this cheerfulness lie gory tales of hidden skeletons. All that is left of Minster Lovell Hall now is the ruins as it was pulled down in the 18th Century after eerie stories of the ghosts of trapped brides and imprisoned noblemen who starved to death.”