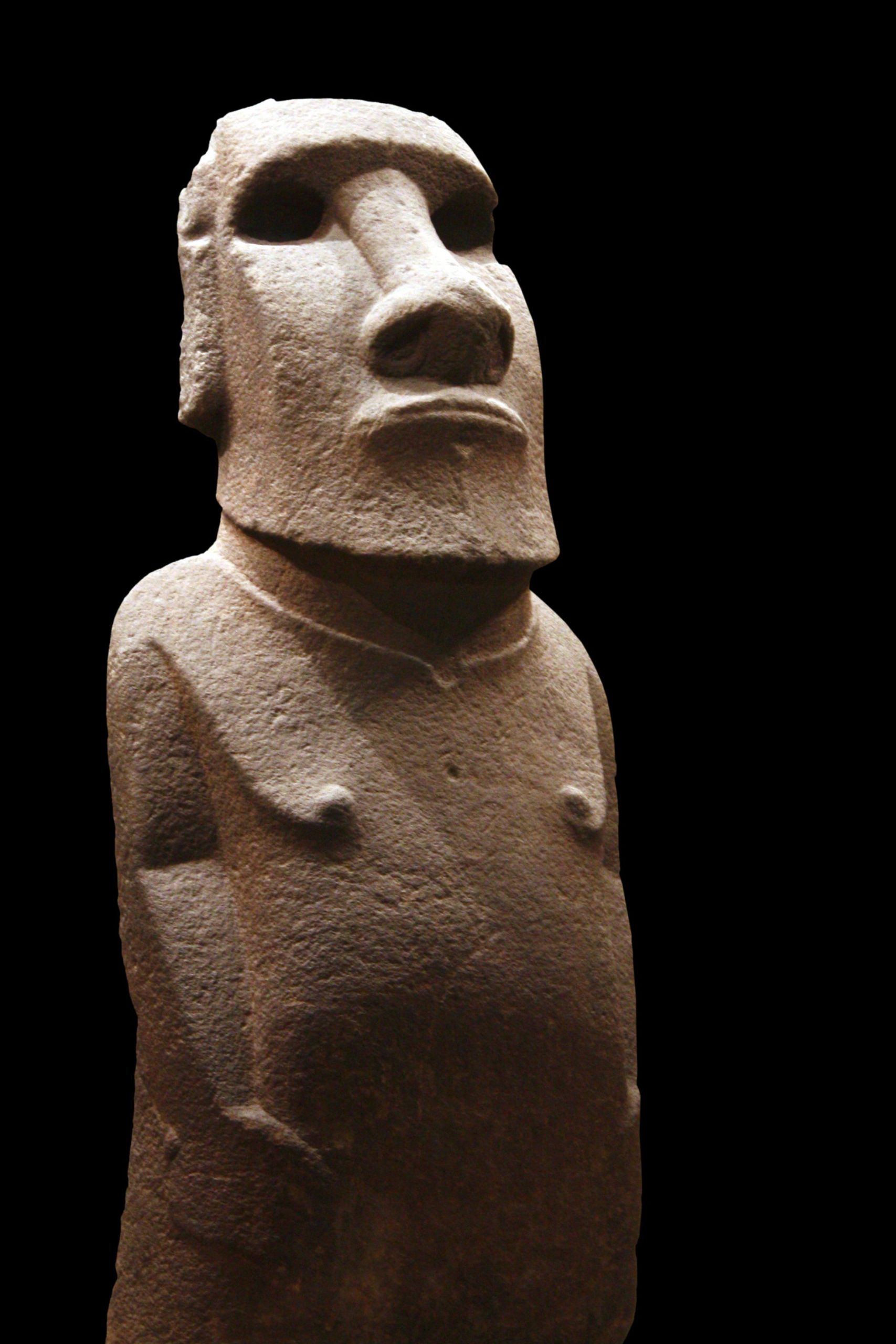 Should it go or should it stay? I’ve been inspired by a part of my London Blue Badge Guiding colleague Craig Kao’s live Instagram broadcast in Chinese from Taiwan recently (at the time of writing, he was trapped there because of the UK Lockdown travel restrictions).

Although I didn’t understand a word he was saying, the gist was very clear. He was talking about this statue, the Hoa Hakananai’a, meaning, appropriately for this story, “lost or stolen friend”. It was carved by ancient sculptors on Easter Island in the Pacific Ocean from one piece of basalt roughly between 1000-1200 but was filched 151 years ago as a present for Queen Victoria, who then donated it to the British Museum.

So here it’s stayed for the last 151 years and is now to be admired in the Wellcome Gallery. But its presence has been a sore point ever since with citizens of Easter Island – native name Rapa Nui – who want it back.  They say the absence of the four-tonne lava rock sculpture means there’s an important missing link in the island’s culture.  There are around 1,000 such statues – known collectively as Moai – with hundreds dotted around the island to protect people against their enemies. All of them represent the spirits of ancestors, but the Hoa Hakananai’a is the chief of all the protective spirits and also promotes peace between all the inhabitants.  That’s the strong cultural argument to bring him home. But islanders, who now come under the flag of Chile, are aware that their remaining statues are eroding and that bringing the Hoa Hakananai’a back will subject him to the same danger. So a strong argument to keep him in London is that he’s safe from that and shines an important light on Easter Island’s ancient history.

But what about the other statues? One of the solutions discussed during the visit of a British Museum delegation to the island last year was to bring him home, but for a replica carved by a renowned local sculptor to replace him here and for the Museum to pay towards preserving the remaining statues. An honourable solution all round perhaps?

Penny Bowden is a Blue Badge Guide working in London and the surrounding area.