Kent – The Garden of England

The county of Kent lies immediately south-east of London and at its furthest south-easterly point is just 21 miles across the English Channel to neighbouring France. When the writer, Charles Dickens, spoke of Kent, in his first novel; “The Pickwick Papers”, he said “Kent, Sir, everybody knows Kent – apples, cherries, hops and women” Perhaps, had he written some 150 years later, he might have added ‘vineyards’ to his list, maybe at the expense of the ‘women’!

Kent, described as ‘The Garden of England’ is certainly well known for its apples and cherries. Here, just outside the market town of Faversham, is Brogdale, which is home to the National Fruit Collection. The apple is the largest collection at Brogdale with varieties coming from all over the world and almost every county in Britain. Similarly, there are pears, plums, quince and nuts, and, importantly the cherries. Varieties in the cherry collection have come from all over Europe, and whilst we believe cherries arrived in Britain with the Romans, we know that it was one Richard Harris, Chief Fruiterer to King Henry V111, who planted the first commercial orchard at  Teynham, near Faversham with varieties brought over from Flanders. Today cherries are a part of Kentish summers, sold by the wayside and in markets throughout the county. Faversham is also home to The Shepherd Neame Brewery, Britain’s oldest brewer, established in 1698. Great fun for brewery tours and tastings. 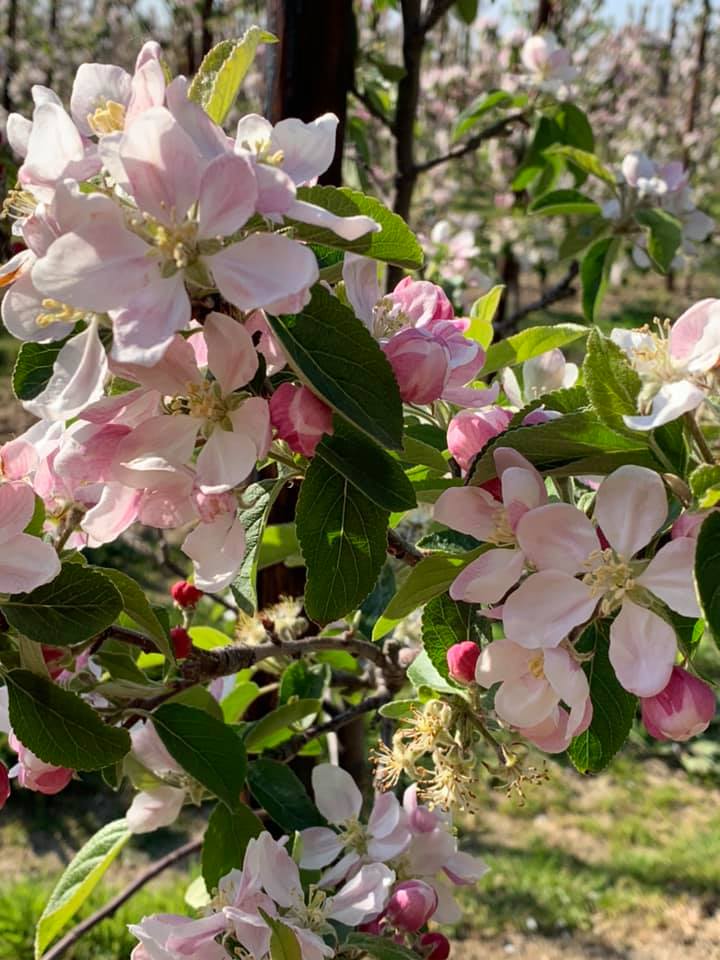 Author, Rudyard Kipling, wrote in his ‘Puck of Pook’s Hill’, ‘Turkeys, heresy, hops and beer came into England all in one year’ Turkeys are believed to have first been brought to Britain in 1526 by Yorkshireman William Strickland who acquired six birds from Native American traders on his travels and sold them for tuppence each in Bristol. As for heresy, no doubt the reference is to Protestantism, which first arrived in England around the same time.  When hops were first grown in England is uncertain, but the place they were first planted was almost certainly Kent, again around 1520 in a hop garden in Westbere, a small village near Canterbury. 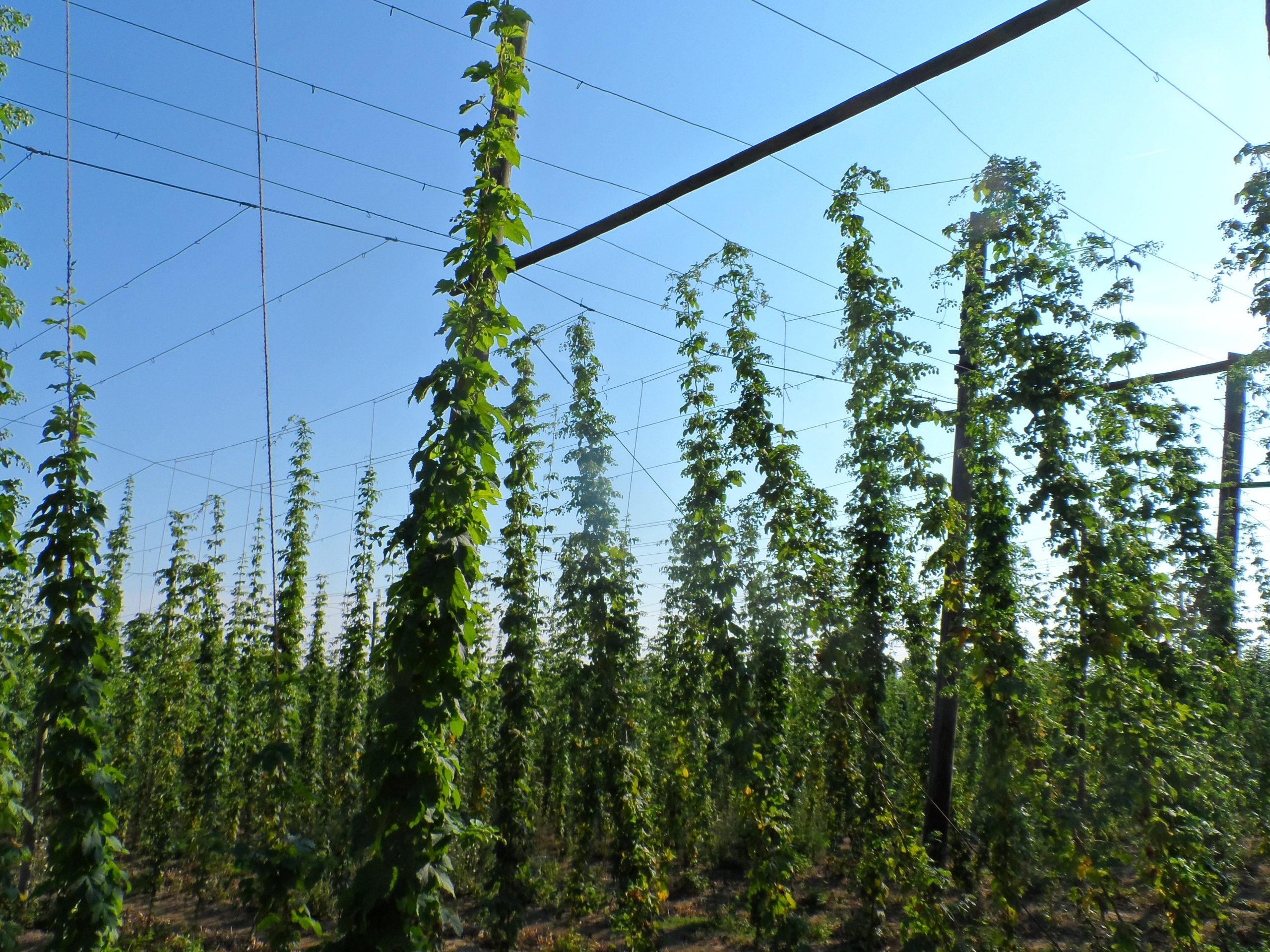 Previously, ale was produced with a herb mixture, called ‘gruit’ and this was for the most part under licence to the Roman Catholic monasteries. As migrants from the Low Countries, fleeing from religious persecution, settled in the county, they preferred their own tradition of making beer with hops, and so it was that Protestant merchants who instigated this phenomenon which really took off from around 1540 after King Henry V111 dissolved the monasteries. We see evidence of these times not just in our rural landscapes but in the architecture of our towns and cities.

In the early part of the 20th century, September in Kent would see the hop bines at the top of chestnut poles, cut down by farmworkers, walking on stilts. Families from the Eastend of London would arrive for their two-week holiday, camping in the hop gardens, alongside local children to pick the hop flowers from the bines. Then the hops would be taken to large rectangular or circular farm buildings called Oast Houses to be dried to just the right humidity to be used for flavouring the beer.  Oast Houses are still a feature of rural Kentish landscape, many converted to private dwellings, and the hop harvest continues throughout the county at the end of August, with many Kentish homes wearing a fresh hop garland to bring good fortune throughout the year.  Hop and Beer Festivals abound with street music and dancing and each year there is a ‘blessing of the hops’ service at Canterbury Cathedral. 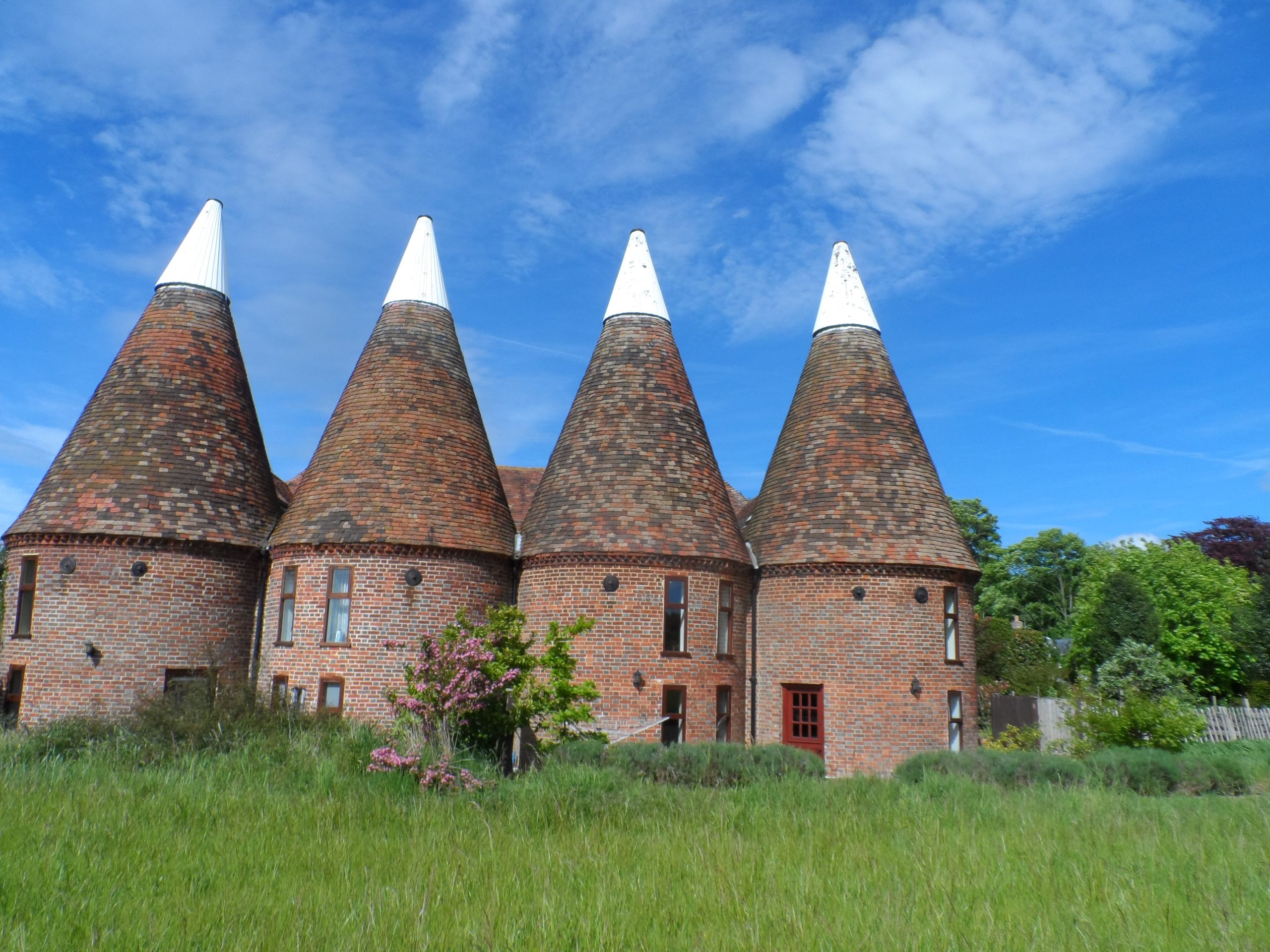 It certainly isn’t all about beer these days and now, known as English Wine Country, Kent is home to some of the most picturesque wine estates in the country.  I have heard it said that Julius Caesar first brought the vine to England, and whilst this is unlikely, we can be sure that wine was certainly brought to Britain by the Romans. By Medieval times, vines were grown and wine made in many monastic institutions particularly in this southern part of the country. Whilst wine production was known through subsequent centuries, there was no viticulture or winemaking on a commercial basis during the first half of the 20th century.  Here in Kent, a Research Scientist named Edward Hyams established a vineyard in 1951 to research modern varieties. His success and that of other pioneers can be seen in the rapidly increasing number of Vineyards in the ‘80’s and early ‘90s.  Now the Kent Downs is fast becoming the Sparkling Wine capital for the country and home to many premium quality English wines. 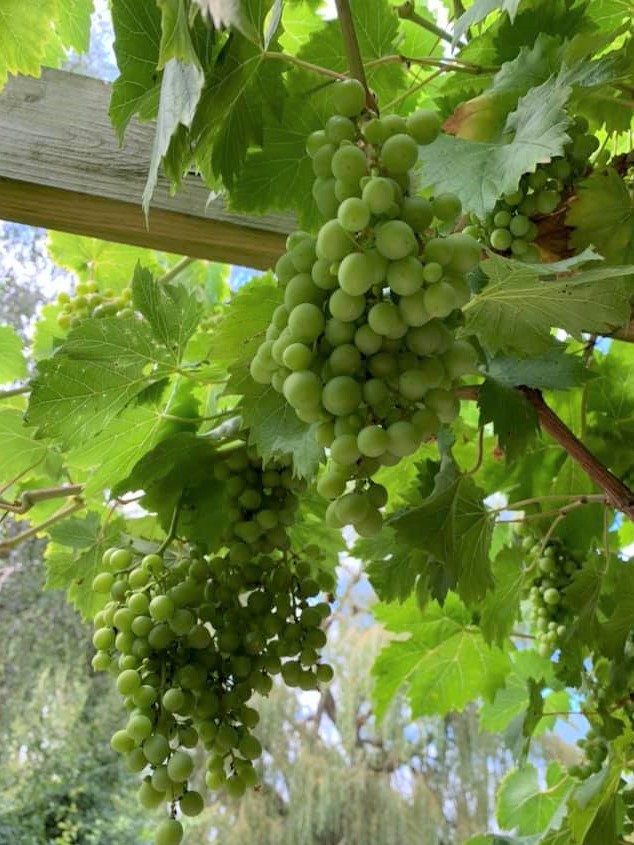 Biddenden Vineyard, established in 1969 is proud to be Kent’s original vineyard, and today the single estate vineyard spans 23 acres of gentle south-facing slopes situated in a sheltered valley, just outside the picturesque Wealden village of Biddenden. 11 different grape varieties are grown there to produce an array of award-winning White, Rosé, Red and Sparkling English wines. They also produce ciders and juices.

Hush Heath Estate, Staplehurst, near Tonbridge is at the forefront of the English Wine movement with their flagship sparkling Balfour Brut Rosé being the first English Sparkling wine to be served in British Airways First Class and the official English wine of the London 2012 Olympics

Chapel Down is based in Small Hythe near Tenterden where you find over 25 acres of vineyards set amongst some beautiful Kentish countryside. They produce a world-class range of sparkling and still wines as well as gin and vodka together with the award-winning range of Curious beers & cider.

All of these vineyards offer tours, tastings and shopping opportunities as well as various ‘visitor experiences throughout the year (Covid 19 restrictions may affect the range of tours/tastings on offer). 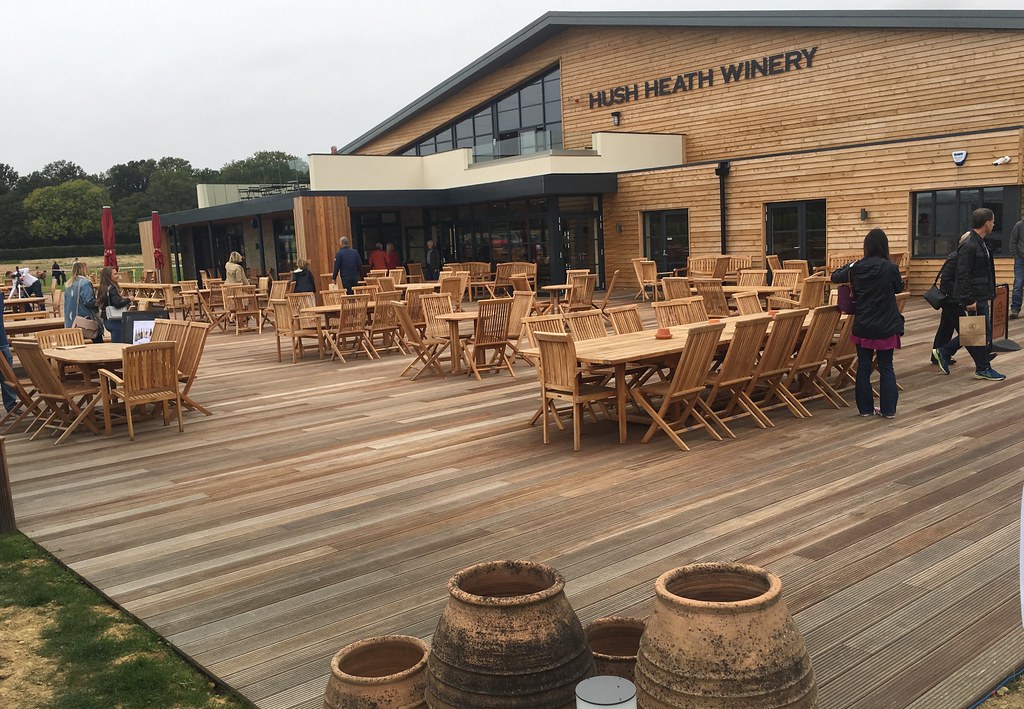 Hush Heath Estate, in Kent, where the tasting happen. Image by Shakespearesmonkey, licensed under CC BY 2.0

Kent’s south-facing chalky soil and the mild climate provide the perfect conditions for the wine-growing industry similar to Champagne in France.  Pinot Noir, Chardonnay, Pinot Meunier and Pinot Blanc all thrive in these conditions. Indeed, Champagne Taittinger is the first big Champagne House to establish a vineyard in the UK to make Premium English Sparkling Wine. The Domaine Evremond Vineyard is a joint venture between Champagne Taittinger and its UK Agency; Hatch Mansfield Ltd.  Plans are in hand to create a world-leading winery, set to produce 400,000 bottles a year, in the countryside near Chilham between Ashford and Canterbury.

So The Garden of England, with its long coastline, fishing and oyster industries, celebrated Romney Marsh lamb, farmers markets with Game and Cheese Production together with wines, beer or cider on hand has much to offer visitors coming to enjoy ‘foodie tours’ and a taste of Kent. 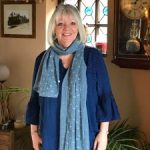 Yvonne Leach is a Blue Badge Tourist Guide based in Sandwich, just 20 minutes from Dover’s Cruise Terminal and ferry port/and the same from Canterbury. She has endless enthusiasm for Kent’s unique history, set against the dramatic White Cliffs coastline with pretty rural villages and glorious countryside. She is specialised in fun, off-beat, special-interest itineraries throughout Kent and Sussex. For her, there is nothing more satisfying than welcoming visitors to ‘her home’, peeping behind the scenes, and sharing some of the many secrets of ‘The Gateway to, and Garden of England. You can contact her on her website, Creativity Travel.