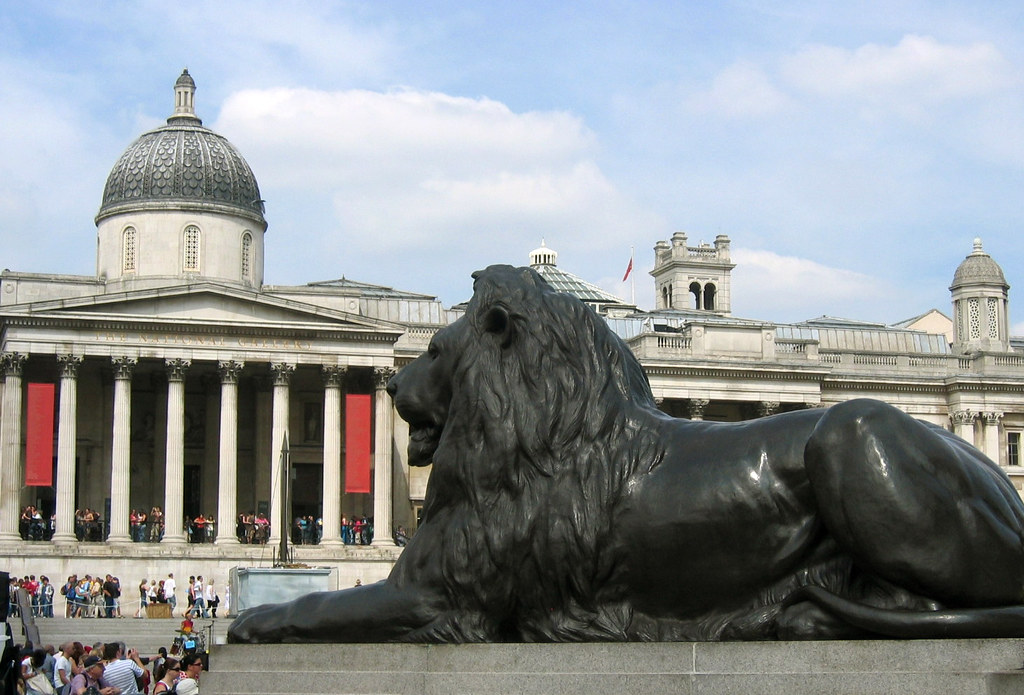 We have already celebrated the Dogs of London previously in this blog, so we wonder why not reserve the same honour to the felines that also were part of the history of London? So we invited Blue Badge guide Russell Nash to take us on a tour about these furry and enchanting creatures!

There are around 600,000 domestic cats living amongst, and with, the nearly 9 million humans in London. They are beloved by the people who house, feed, cuddle and play with them. Big cats today only exist at London Zoo. However, with a bit of investigation and a determined eye, you can find cats both big and small, real and fictional all over the city.

There are dozens of statues of felines, both friendly and ferocious all across the city. Here are a few of my favourites. 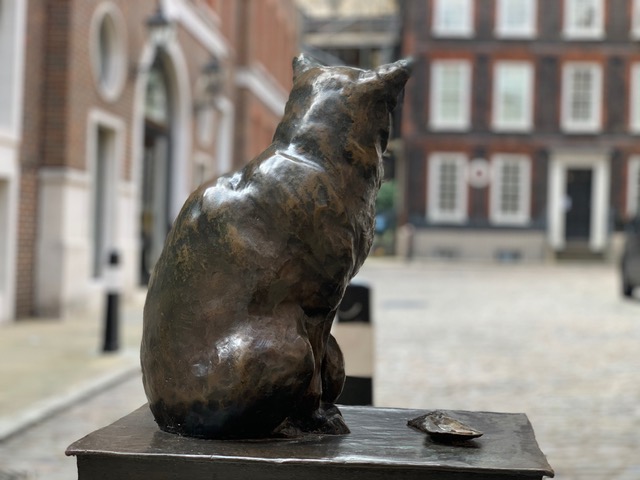 Tucked behind Fleet Street is the charming Gough Square. Dominating the square is the 18thC home of the compiler of the first comprehensive English dictionary, the redoubtable Dr Samuel Johnson. On a pedestal opposite, gazing inquisitively at the house is a statue of Dr Johnson’s favourite of his many cats, Hodge. Described by his keeper as ‘a very fine cat indeed’ he sits on a dictionary, beside him is an oyster shell. So beloved of oysters was Hodge, so beloved of Hodge was Johnson, that the great lexicographer went out himself every morning to buy them. Oysters were, back then, the food of the poor. Johnson didn’t want his servant, the Jamaican born ex slave, Francis Barber to be seen buying them. In case people thought he was buying them for himself. 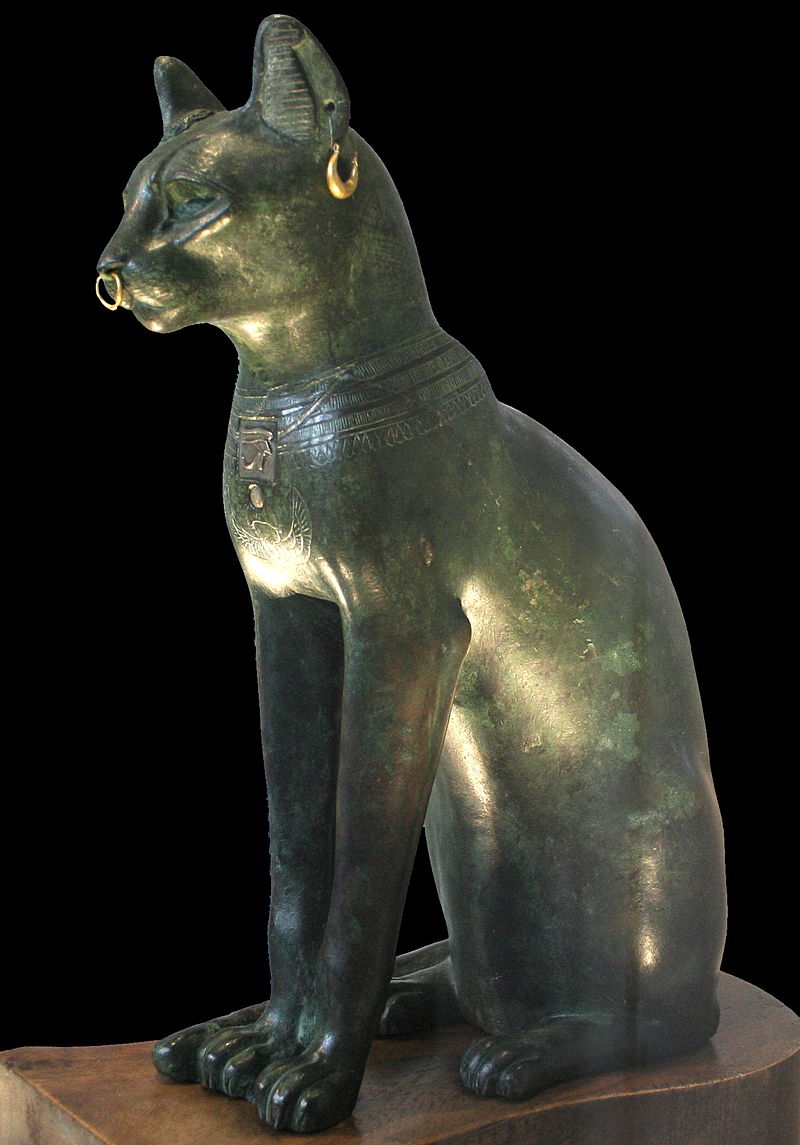 London museums house numerous cats too. Perhaps the most famous is the Gayer Anderson cat in the British Museum. This majestic bronze statue, 2,600 years old is of the Egyptian goddess Bastet. 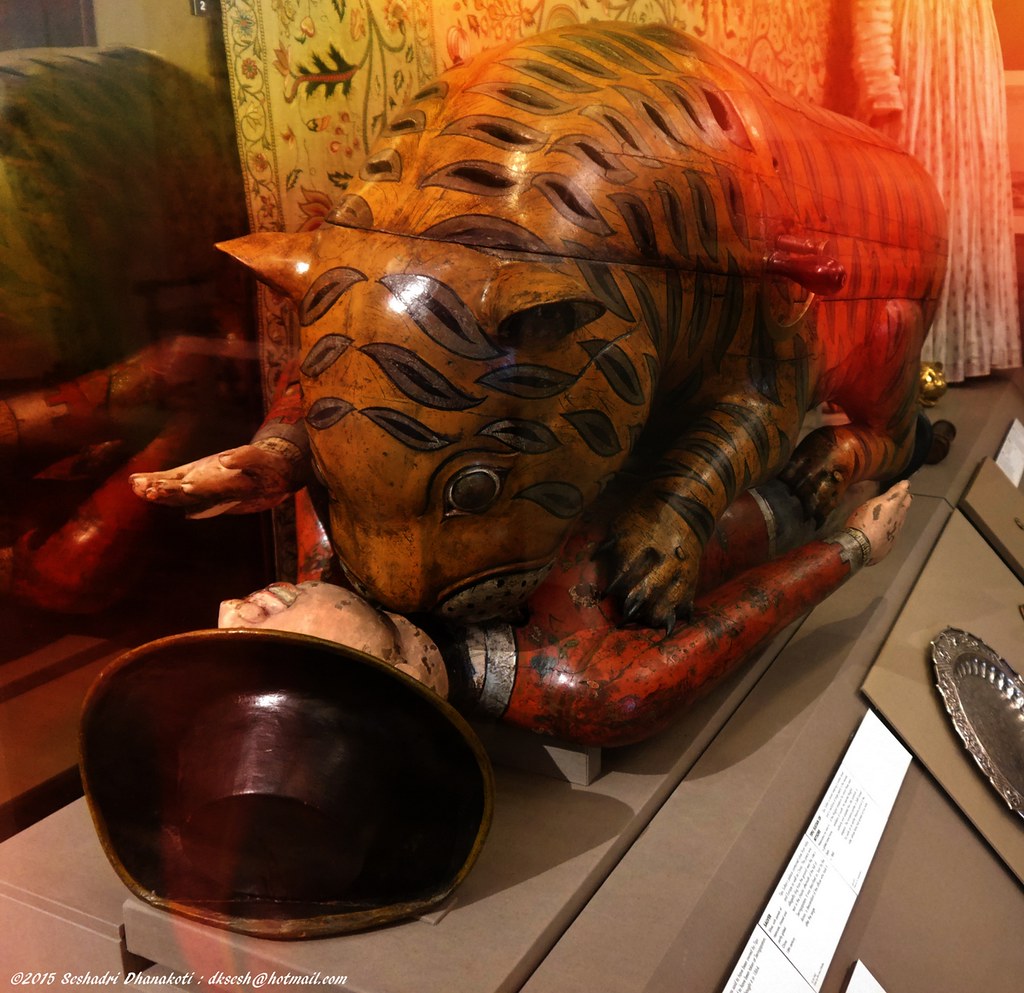 More striking is Tippu’s Tiger which is housed in the V&A. This life-size wooden model is of a ferocious tiger attacking a European soldier. When the handle is turned the poor man cries as his arms move up and down whilst the tiger roars. This gruesome object was created by Tippu Sultan in the late 1700s as he fought off the East India Companies attempts to take over his kingdom. He was unsuccessful and the Tiger was claimed by the Duke of Wellington’s men as booty.

Cats and politics do mix!

When you peer through the black metal gates at Downing Street, look out for it’s most famous resident. Not the Prime Minister but Larry who has the magnificent job title of Chief Mouser to HM Treasury. He is the latest in a long line of cats who are have been kept to deal with the mice in this 17thC house.  Larry is a noted photobomber and has nearly 400,000 Twitter followers at @Number10cat. 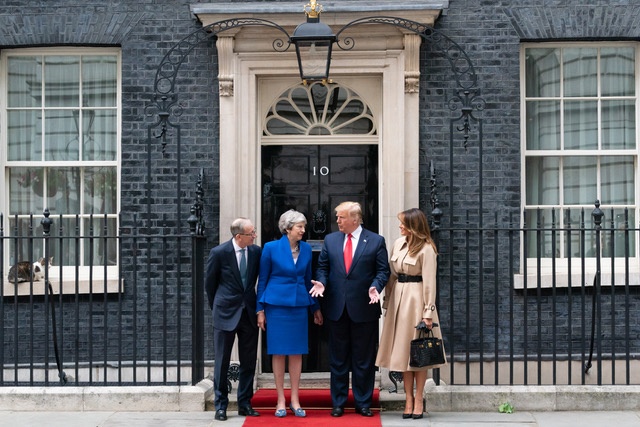 From left to right: here you can see on the left the most famous employee in Downing Street, currently in position longer than the leader of any UK political party. And then you see Theresa May and Donald Trump. Image: @TheWhiteHouse

If you prefer your cats dead, stuffed and mounted, head to Bates Hatters on Jermyn Street. Here you will find Binks, resplendent in his top hat. This charming chap turned up in the shop and made himself at home back in 1921. On his demise he became a permanent fixture after a taxidermic procedure. Until recently he had a small cigar in his mouth but has recently given up smoking, it being bad for his health. 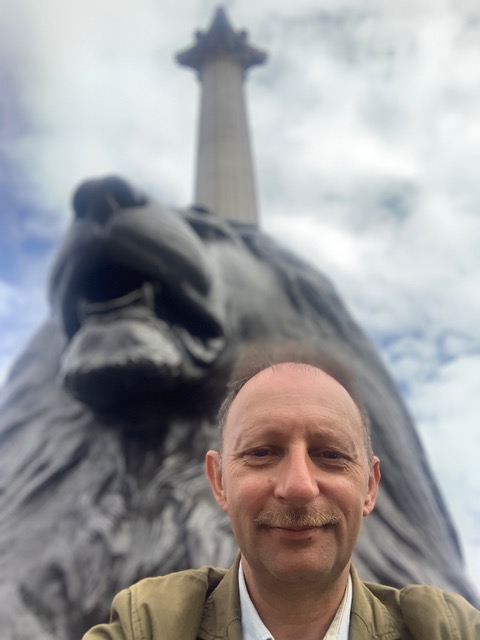 Big cats abound too. The most famous and perhaps the most climbed upon can be found right in the very centre of London in Trafalgar Square. You can also spot them at The Tower of London too, if you know where to look.

To hear more about these, and many other cats of London, join GuideRussell on his virtual tour on the subject on September 10th and 15th at 7pm. Tickets are £8 each from guiderussell.co.uk. 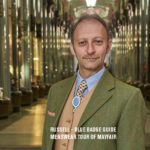 About the author:  Russell Nash is a London Blue Badge Tourist Guide since 2015. A Londoner born and bred, I have a wide and broad-ranging knowledge of this amazing city and have been awarded the prestigious TripAdvisor Certificate of Merit.