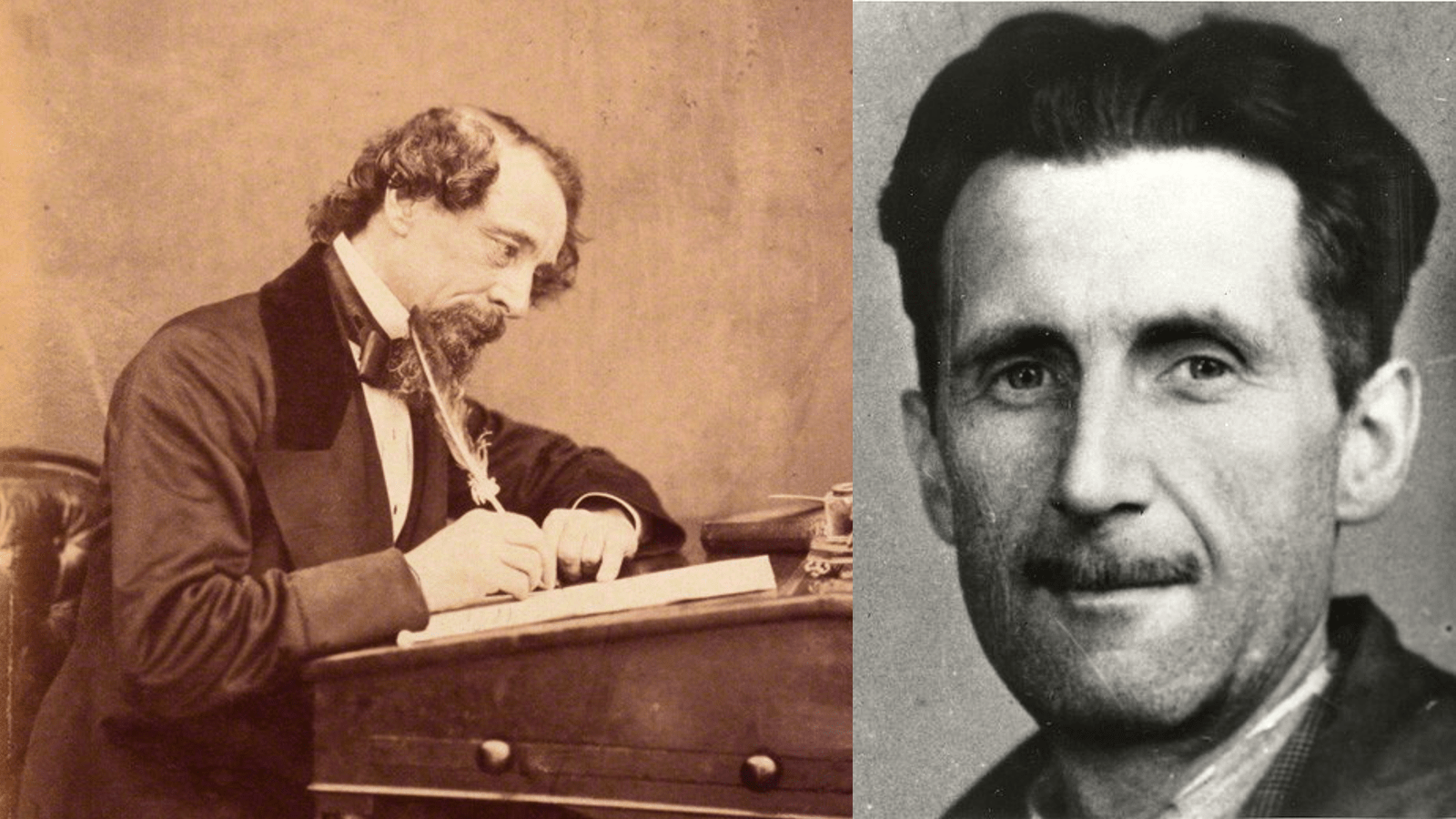 Very, very few people get their names turned into adjectives. British politics can boast the adjective ‘Churchillian’ and perhaps ‘Thatcherite’.

Two London authors have both become everyday adjectives in the English-speaking world. If anyone talks of a factory or perhaps housing being ‘Dickensian’ – we know it means the sort of ‘Oliver Twist’ conditions found in nineteenth-century London. The word ‘Orwellian’ is frequently used to describe government behaviour similar to Stalin’s or Hitler’s totalitarian state parodied by the great twentieth-century author of Animal Farm and 1984 – George Orwell.

Whereas we can assume Shakespeare would gladly see something described as ‘Shakespearean’, and Churchill no doubt would be happy that politicians like to be called Churchillian, the descriptions ‘Dickensian’ and ‘Orwellian’ both refer to things they both campaigned against! 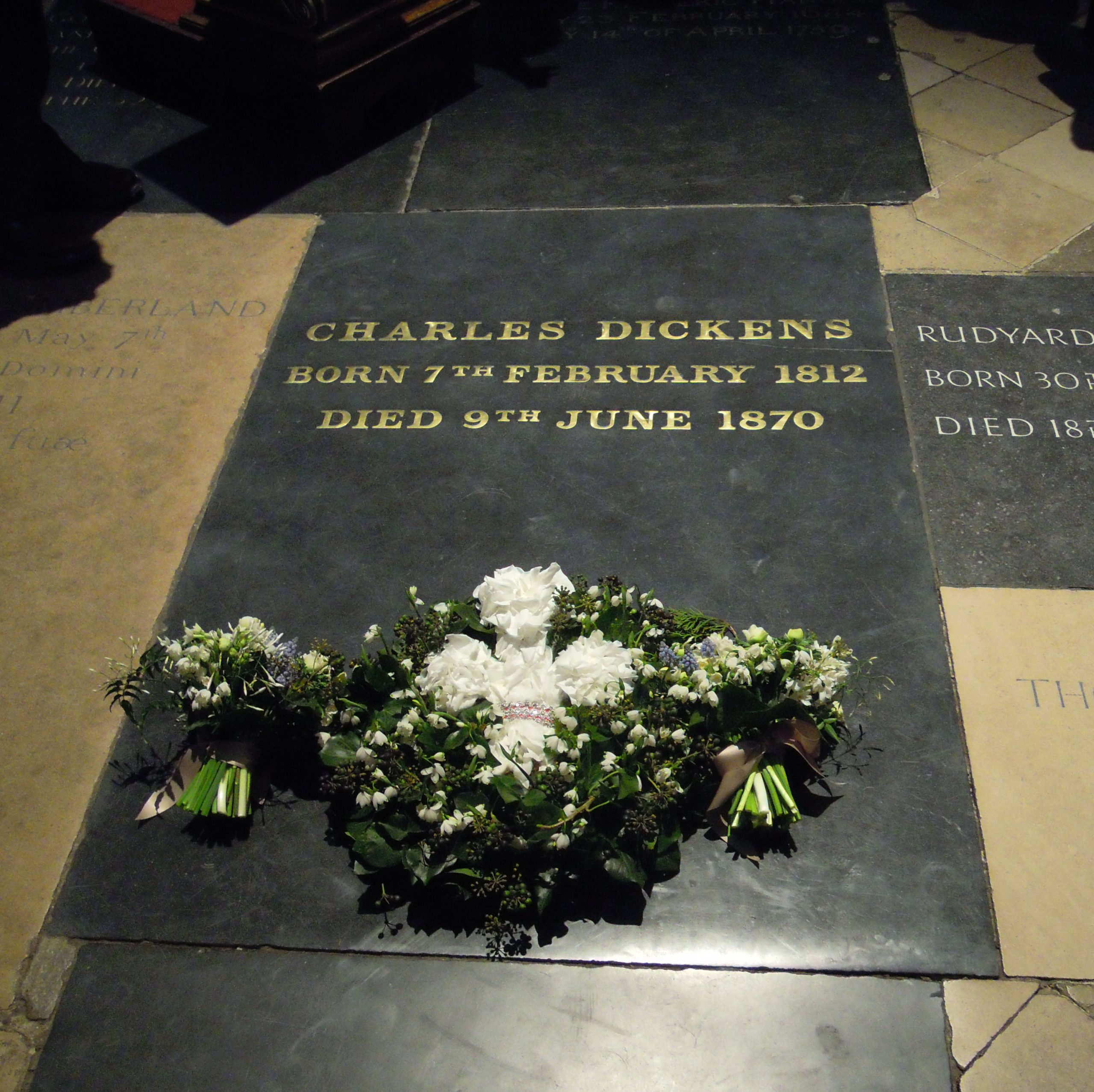 This year saw the 150th anniversary of Charles Dickens was commemorated in lights on Westminster Abbey (where our kings have been crowned for a thousand years) during lockdown, and whenever there is a long discussion on the current controversy over ‘fake news’, or perhaps a debate on a CCTV camera in a public place, you can frequently bet someone will decry it as ‘Orwellian’.

As a London tour guide, perhaps the most popular literary walk is showing how much of Dickens’s London is still there (see London Walks). You can still see the bank referred to in his most successful novel, A Tale of Two Cities, and how the banks and the Law Courts are still in the same street – Fleet Street (the newspapers only recently moved out). 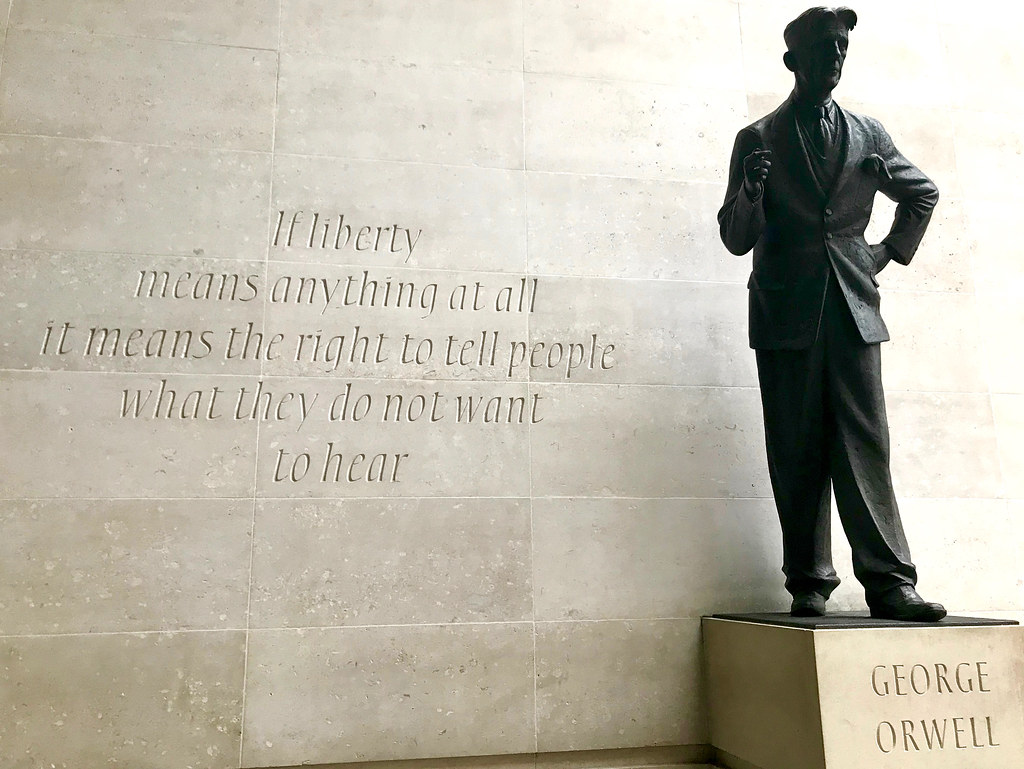 Statue of George Orwell in front of BBC. Credit: sam.romilly, licensed under CC BY 2.0

George Orwell died more recently (1950) so a lot of the cafes he frequented and the places he worked (the BBC, where I also worked, but I do not have my own statue outside the building!) are very much as they were in his time (see Orwell’s London Tour).

How are Orwell and Dickens similar?

Over and above both being adjectives, these authors have striking similarities. Both were originally journalists who wrote non-fiction as well as fiction, and both are famous for the excellence of their writing style (Orwell’s six rules for writing are taught in some journalism schools to this day).  Both wrote about poverty in London comparing it with Paris (Dickens in a Tale of Two Cities, Orwell in ‘Down and Out in Paris and London, a book about his own experiences trying life as a tramp, even though he had attended Eton, Britain’s smartest boys’ school, the same one as most of our Prime Ministers Princes Harry and William, the Queen’s grandchildren). And here is the great contrast. Orwell’s solution to poverty was to fight alongside communists and anarchists in the Spanish Civil War (where he was shot).

“Where’s Orwell?” This photo was taken during the Spanish Civil War. Orwell is the tall one at the end on the left at the back. Image: Public domain

Unlike Orwell’s ‘fake’ poverty, Dickens had experienced the real poverty of Oliver Twist or his virtually autobiographical novel David Copperfield (‘The Personal History of David Copperfield’ is an excellent British film released this year if you have a chance to see it) when his father was sent to prison and the young Dickens was forced to work in a factory aged 12. Unlike Orwell’s radical political solution to poverty, Dickens in contrast simply encouraged the rich to give to charity.

London boasts an excellent Dickens Museum in one of his many London houses, very close to the Children’s Hospital and the Foundling Museum (see below) which he supported and encouraged others also to support. 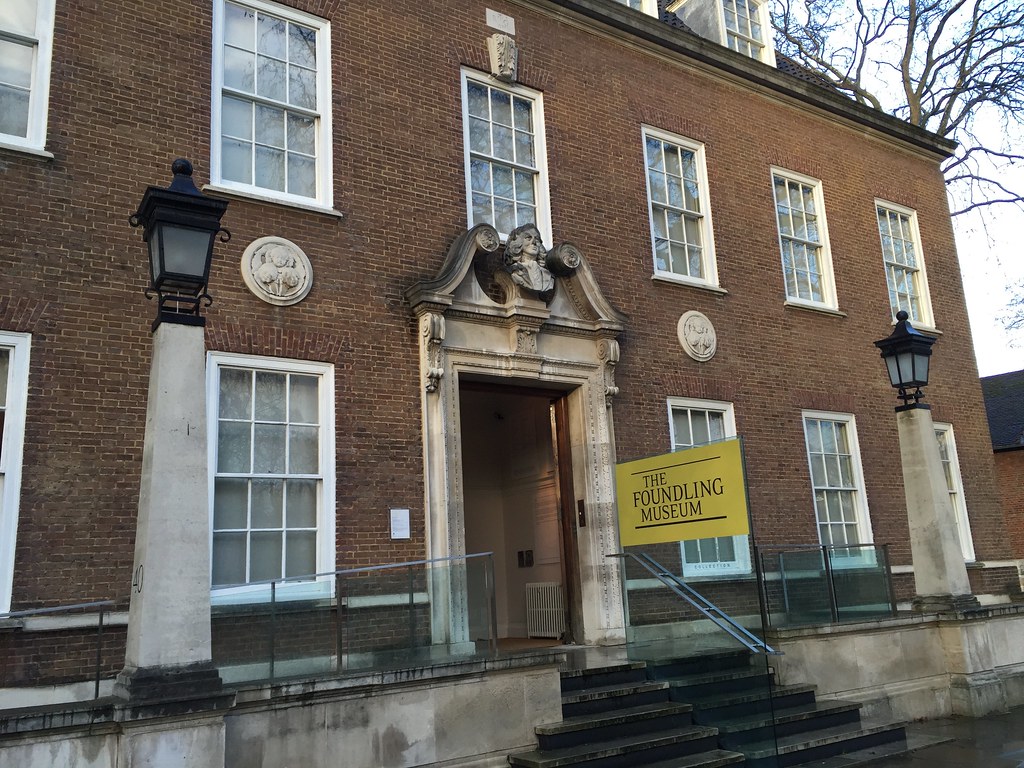 Image by Matt From London, licensed under CC BY 2.0

If anyone visiting would like a ‘Churchillian Tour’, a ‘Shakespearean tour’ or even a ‘Thatcherite’ tour of London, there is a blue badge tour guide waiting to show you how much of London still resonates with these historic figures.

Featured image: Charles Dickens photo was taken by Watkins and George Orwell profile picture was published in an old accreditation for the Branch of National Union of Journalists. Both of them are in public domain. 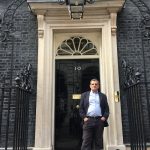 About the author: Blue Badge Guide David Poyser
As well as being a tour guide, David is a local politician in Islington, the area of London where he lives, and where both George Orwell and Charles Dickens lived. He was Mayor of Islington 2018-2019. Prior to local politics, he worked in international politics working for the European Union in Brussels after a twenty-year career in journalism and broadcasting where he won many awards producing and directing programmes for various television channels including the BBC, NBC and the Discovery Channel.