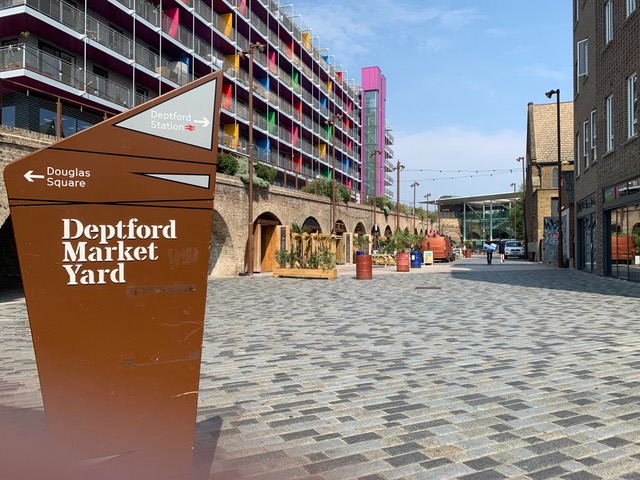 Many visitors to London take a trip East a few miles out to sample the delights of Greenwich. However, much fewer take the time to explore its hip, historic neighbour, Deptford.

In medieval times the area was a major stopping point for pilgrims on the way to Beckett’s shrine at Canterbury. In Tudor times  Henry VIII set up his Royal Dockyard here. This was, for centuries, the largest and most important shipbuilding site in Europe. Nowadays Deptford is home to the architectural marvel of Trinity Laban dance school, scores of cool spots to eat and drink and a bustling street market.

At Deptford’s heart sits St Nicholas Church, founded way back in the 12th Century. You can still see the stone medieval tower today alongside the rest of the building which dates from the 17thC. However, like much of this part of South East London, the church was badly damaged by enemy action during the Second World War. Somewhere in the churchyard is the burial place of the Tudor playwright Christopher Marlow. Author of Dr Faustus, Marlowe was a mysterious character indeed. A courtier, a spy and a gentleman he was during a tavern brawl nearby. Don’t bother to try and find his grave though, he was buried in an unmarked plot. See if you can find the plaque to him on the churchyard wall though. 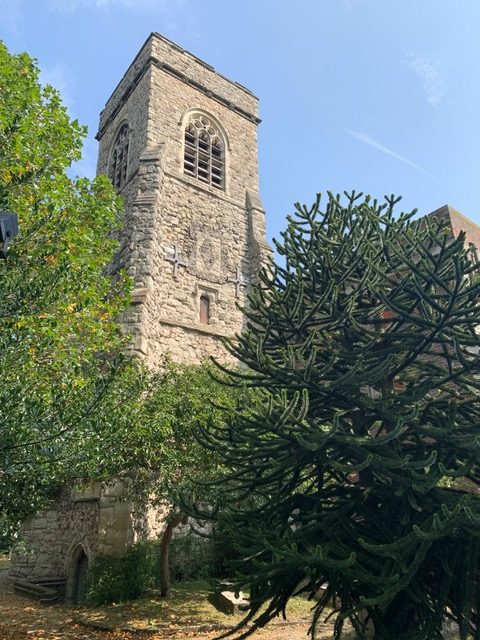 Nothing of the Tudor shipyard still stands but there is a commanding statue to one of it’s most prestigious visitors. Peter The Great, Tsar of Russia came on a 4 month fact-finding trip in 1698 to see how the English navy was run. Apparently he came disguised as a sailor and no-one was any the wiser. Peter and his entourage stayed with local landowner John Evelyn, best known today as a diarist. Regrettably, poor Evelyn’s house was completely trashed by his houseguests, even his prized gardens. 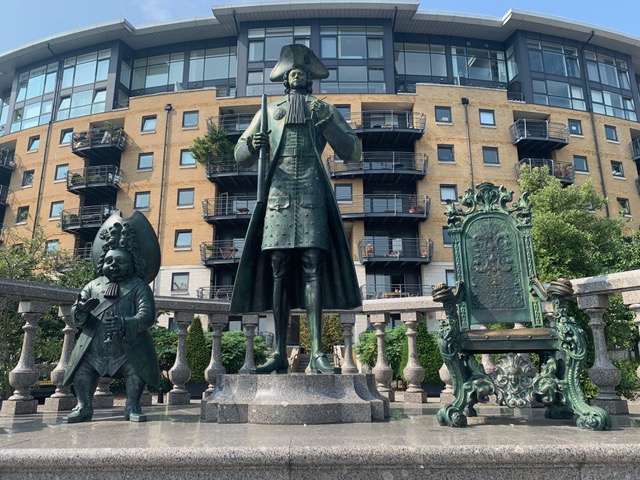 Sayes Court Park stands on the spot of Evelyn’s house. At its centre is a Mulberry tree, said to have been planted by the Tsar himself. This delightful little park has a notable place in garden history too. The saving of it from development in 1884 was a key event in the foundation by Octavia Hill of the National Trust. 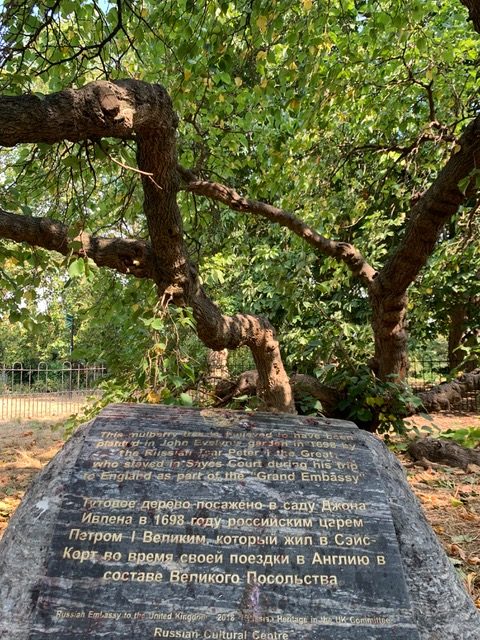 Trinity Laban is one of the world’s finest dance schools. Their remarkable, pastel-coloured, home was designed by the Swiss architects, Hereon and de Meuron. They were the team responsible for remaking Bankside Power Station into Tate Modern.

With the renowned art college Goldsmiths also nearby, the area has for many years had a cool, arty vibe. There are artists studios in the former warehouses that line the river and several contemporary art galleries. There is also the Deptford Cinema, a rare example of a community-led, arthouse cinema.

All this art, culture and history are bound to get your tastebuds quivering. Check out Gaff on Creekside for artisan coffees. Just opposite, Bread and Butler make the most delicious pastries. 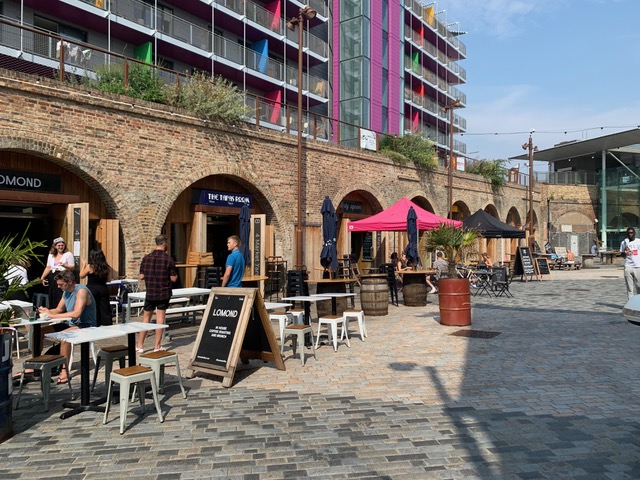 For something more substantial try Deptford Market Yard. In the 1830s London-Greenwich Railway opened, the first railway line in the city. Underneath the arches of the original carriage ramp you will find plenty of places to soak up the vibe and to slake your thirst and hunger.

All photos in this post were taken by Russell Nash. 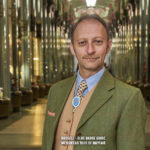 About the author:  Russell Nash is a London Blue Badge Tourist Guide since 2015. A Londoner born and bred, I have a wide and broad-ranging knowledge of this amazing city, and have been awarded the prestigious TripAdvisor Certificate of Merit.