Lady Diana Spencer made a huge impact on British life. She shook up the Royal Family and, although she helped modernise it, her death in 1997 shocked the monarchy to its core.

Diana made history in other ways too. She was the first woman of English birth to marry the heir to the throne in 300 years. She was also the first royal bride to have had a job. Things are different now. Diana was born on 1 July 1961, in Sandringham, Norfolk, into a life of aristocratic privilege with close connections to royalty. She shared a blood line (albeit distantly) with Winston Spencer Churchill. 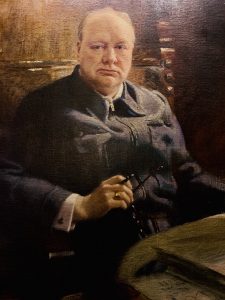 Diana wed Prince Charles in St Paul’s Cathedral in 1981 – 600,000 people lined the streets to watch the wedding of the century. The steps of St Paul’s made the perfect backdrop to Diana’s dress – with its 25ft train – that the Princess struggled to pack into the bridal limousine. 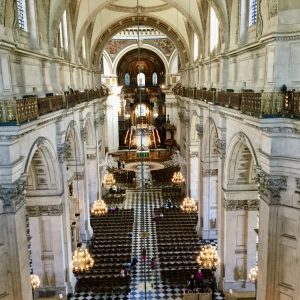 As the Princess of Wales, Diana lived at Kensington Palace, now home to her son and his wife, the Duke and Duchess of Cambridge. On Diana’s death it became the focus of national mourning, as flowers – strangely still hidden under their plastic wrappings – were left along with devotional candles. The place became a shrine. Diana’s funeral on 6 September 1997, was at Westminster Abbey – the place of royal coronations, weddings and funerals for over 1,000 years. 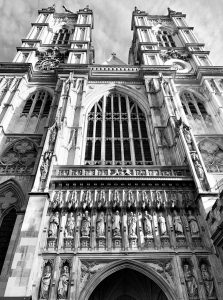 Diana’s London story began in 1979 in an Earls Court flat share. The apartment was an 18th birthday present from her mother Frances Shand Kydd and Diana lived here in west London with three flatmates until 1981. Despite her family’s wealth and position, Diana had to earn a living just like any other young Londoner. Her first job was at the Young England Kindergarten at Palace Gate in Pimlico. It remains one of London’s foremost nurseries. 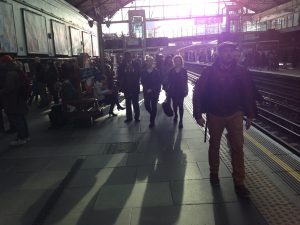 Sarah Ferguson, later the Duchess of York, became friends with Diana. In 1986 the mischievous pair dressed up as policewomen in an infamous stunt. They visited Annabel’s in Berkeley Square – coincidently the only nightclub ever visited by the Queen. The glamorous Mayfair venue is still going strong.

Diana’s first public appearance with Prince Charles was in the City of London in 1981. This was at Goldsmith’s Hall. Among the guests at a starry charity ball that night was Princess Grace of Monaco. The glacial Grace Kelly starred in Alfred Hitchcock’s To Catch a Thief and Rear Window. Like Diana, Grace would also die a tragic and untimely death in a continental car accident.

Diana changed the royals and she changed the nation. Perhaps her greatest legacy was to help re-shape our attitudes to people suffering from HIV-AIDS. Dubbed ‘the gay plague’ by unsympathetic newspapers, AIDS was little-understood. It couldn’t then be treated with the life-saving drugs available today.

The photographs of Diana holding hands with AIDS patients at the Mildmay and Barts Sexual Health Clinic in East London and at West London’s Royal Brompton Hospital (near Diana’s Earls Court flat) changed attitudes overnight. Along with helping to end the stigmatisation of AIDS patients. Diana also campaigned against landmines, which were banned under British Law in 1996. This campaigning streak inspired Diana’s sons to champion causes close to their own hearts – including mental health, environmental protection and helping our military veterans. Diana wasn’t a saint as some might have it and she certainly had her detractors but she encouraged us to be kinder. And being kinder’s never a bad thing, especially during uncertain times.

Mr Londoner is writer, broadcaster and a former director of the Museum of London, Antony Robbins.

Photos and mentions by @meetmrlondoner